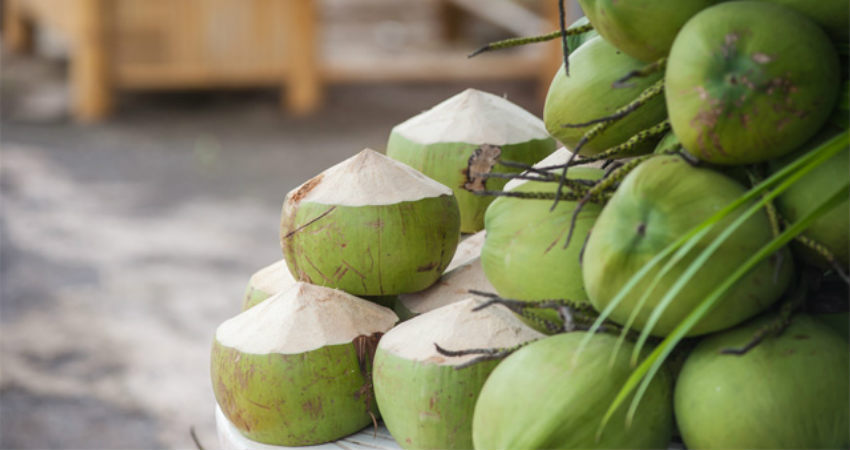 India is the third largest coconut exporter in the world. However, the coconut yield in India, has contracted 10 percent year-on-year in 2018-19, and has come to its most minimal level in the previous four years.

Coconut production tumbled to 21,384 million nuts in comparison to 23,798 million in the earlier year according to the Union agriculture ministry’s third advance estimate. After sliding to 10 years low of 20,439 million nuts in 2014-15, the production of coconut had been consistently growing until a year ago.

The droop has been ascribed to inconsistent weather patterns of heavy rainfall as well as drought season and general disregard of the harvest particularly in Kerala, the top coconut producer in India. The state, alongside Tamil Nadu and Karnataka, represent about 85 percent of the nation's complete yield. While Kerala production remained at 7,631 million nuts, Tamil Nadu and Karnataka had a yield of 5,311 million and 5,123 million nuts, individually.

The average productivity dove 13.5 percent to 9,815 nuts per hectare. "In Kerala, farming methods which have been unscientific farming methods, disregard of the crop due to fluctuating costs, high work cost and unpredictable weather have all added to the decrease.

The anticipation was for the efficiency to go over 15,000 nuts for every hectare in the primary creating states during the year.

Abundance rains in the present year may hold useful for the general coconut yield one year from now, however overwhelming downpours caused harm in significant coconut developing areas Malappuram, Kozhikode and Kannur in Kerala, unlike 2018.

Coconut costs multiplied to Rs 40 for every kg a year ago by virtue of poor accessibility, which likewise prompted coconut oil costs taking off to another high.