Locust attack in Rajasthan destroys standing crops, some spotted in Punjab as well 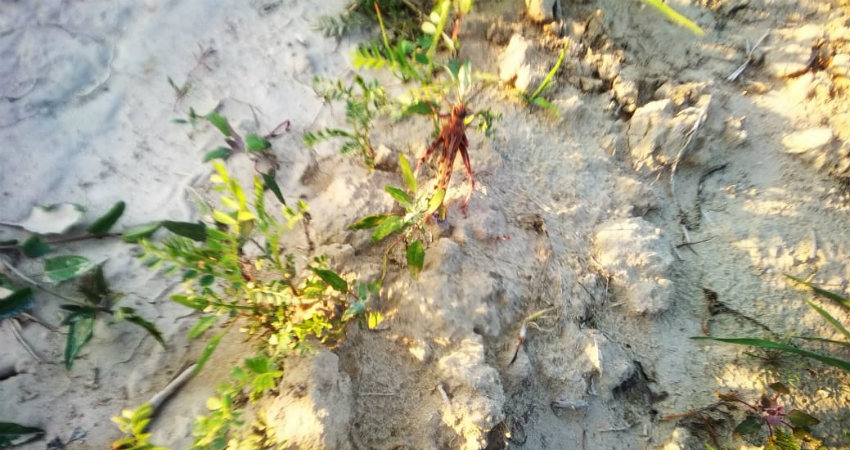 Many parts of Rajasthan have been attacked by locusts, which has left farmers worried. Moreover, Sri Ganganagar had pink locusts swarming over the fields which have rabi crops on them.

Several hectares of land have been destroyed on Sunday after fresh invasion of locusts. These locusts are believed to have come from our neighbouring nation of Pakistan, which saw these crop destroyers following the Saudi Arabia Route. West Rajasthan, the region bordering Pakistan has bene heavily affected. In fact, as per reports around 3.5 lakh hectares of land has been destroyed in areas including Jaisalmer, Barmer, Bikaner, Jodhpur, Churu and Nagaur.

Locusts attack has been a problem for Rajasthan for the past eight months. Wherever these locusts attack, they end up sucking the juices out of the roots of the crops. Thus, crops end up dead. These locusts have the capability of destroying several hecatres of land in just about half n hour.

Farmers in Rajasthan have been using measures including clanking of utensils, playing music loudly, burning woodfire, and even running tractors without silencers on fields, but all that has not helped much. Government has been taking measures and spraying so as to avoid any further infestation.

Talking about Punjab, Fazilka, Muktsar as well as Bathinda have bene districts, which did see locusts. However, the Punjab Agriculture Department has ensured that measures are being taken to make sure that crops remain safe.

In Punjab, locusts have only been found groups of 5-20, which will not cause much damage as only larger groups wreak havoc over fields. Sprayers have been arranged so that nothing is destroyed.