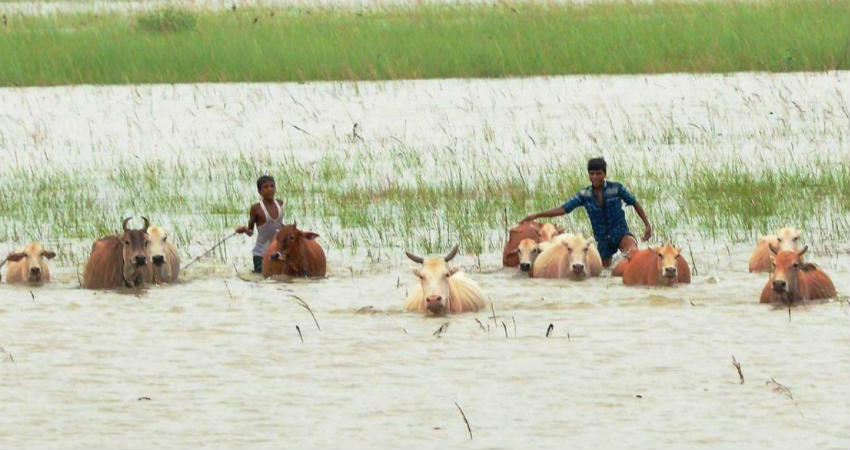 The Monsoon rains have damaged the crops in the ground, but they have replenished the reservoirs and groundwater reservoirs.

A prolonged dry spell resulted in significantly below-average rainfall at the start of the season, prompting farmers to delay the sowing of summer crops. By the end of July, rainfall was so heavy that rivers flooded, and crops were damaged.

The combination of a prolonged dry spell followed by heavy rainfall increased pest infestation and disease, forcing farmers to spend more on pesticides.

In wake of such heavy rains, soybean, rice, cotton, sugarcane, pulses and vegetables have been hit badly.

Soybean, India's main summer-sown oilseed, was particularly damaged as the state of Madhya Pradesh - India's top grower of the crop - received rainfall 44% above average. The heavy rains reduced the flowering of the plant, which in turn reduced the pods it yielded.

In the first week of August, many districts of Maharashtra and Karnataka states were flooded, and it impacted the production of sugarcane. It is believed that this has resulted in India's lowest sugar output in three years.

Maturing cotton in the western states of Gujarat and Maharashtra, the country's top producers, was damaged by heavy rains in September.

Rice was affected by excessive rains in southern and western India, as well as low rainfall in the top producing eastern state of West Bengal.

Vegetables such as tomatoes and onions went rotten due to heavy rainfall in Maharashtra, Karnataka and Madhya Pradesh.

This year the above-average Monsoon rain has brightened the prospects for winter crops like wheat, rapeseed and chickpeas.

For years, millions of farmers have been unable to plant winter crops because weak rainfall reduced the moisture levels in the ground.

But following the heavy rains in September, moisture levels are adequate, and most reservoir levels are well-above their ten-year averages.

According to an analyst, India could harvest a record wheat crop in 2020 and production from winter-sown rice is expected to jump.

However, this could also create excess rice and wheat supplies at a time when India has been struggling to encourage exports because local prices are higher than global benchmarks.