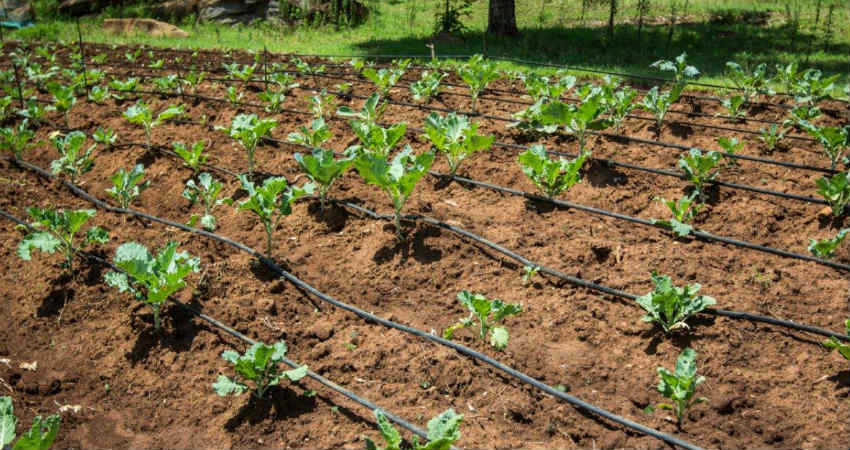 The Narendra Modi government is now all set to unveil a series of measures to reduce the water consumption in India’s agricultural sector.

The agriculture sector disproportionately uses high amount of 89% of the country’s entire groundwater.

The new steps will try to ensure more sustainable methods of cultivation, as large parts of the country routinely face water crises amid alarming levels of groundwater depletion. The proposals under consideration include making drip irrigation mandatory for sugarcane, one of the two biggest water-guzzling crops, along with paddy.

Uttar Pradesh (which has the largest area under cane), Maharashtra, Gujarat, Bihar, Karnataka, Tamil Nadu, and Gujarat are the largest sugarcane growing states. In states where sugarcane is grown, it consumes between 60-70% of the available water.

The government has estimated that Indian sugarcane plantations consume less water than the global average, but they are less efficient than South Africa and Thailand. One of the officials said that on average, India gets around 5.2 kg of sugarcane with one cubic metre of water. This is better than the global average of 4.80 kg/m3. However, South Africa produces up to 7.8 kg with the same quantity of water and Thailand gets between 5.8 and 6.5 kg/m3 of water.

Drip irrigation is a method of micro-irrigation that releases small amounts of water at regular intervals at the roots of any crop. It is used extensively across the world for sugarcane plantations.

Recently, Union minister for Jal Shakti, Gajendra Shekhawat said that to grow one kilogram of paddy, 5,600 litres of water is being consumed whereas China produces the same amount of paddy with just 330-400 litres of water.

The government is likely to formulate policies to shift a major chunk of rice cultivation out of Punjab and Haryana to rain-surplus regions of the country. This will ensure that groundwater will not come under excessive pressure in large parts of northern India.

Not only this but the government is also looking at how farmers can be motivated to shift to solar-powered farms to cut down on electricity consumption.

The water ministry has proposed to a panel set up by Prime Minister Modi to review agriculture and rural development sectors moving to a production system of alternative crops, depending on agro-climatic zones, better irrigation system and financial incentives to farmers for optimal water usage.

Shekhawat said that out of the 178.7 million rural households in the country, only 32.7 million or 18% got drinking water from tap connections.

The government also plans to bring fallow land, especially in rain-surplus eastern and northeastern parts of the country, into the cultivation of water-intensive crops to make good any loss of area in other parts.

Haryana has announced cash incentives and freebies for farmers who trade paddy cultivation for maize. Fifteen thousand farmers in the state have signed up for the programme this summer.

R Mani of the Tamil Nadu Agricultural University said that if the government wants to be successful, it will have to rework its procurement policy and minimum support prices (MSP), which are mainly responsible for skewed water consumption.

Modi has called for a mass movement on water conservation along the lines of Swachh Bharat, flagging concerns over depleting water levels in the country.

Prime Minister Shri Narendra Modi in his ever first Mann Ki Baat after his government retained power in the national polls this summer requested all citizens to create awareness on water conservation, share knowledge of “traditional methods” to conserve water and highlight success stories on conservation.

India is the second-largest producer of rice after China. The two Asian giants contribute to nearly half of the world’s total rice production. The Economic Survey pointed out that around 89% of groundwater extracted is used for irrigation and crops such as paddy. Sugarcane consumes more than 60% of surface irrigation water.

Shekhawat added that rationalisation of water can only be done with the help of the states. In Punjab, farmers get free power to use pumps to extract groundwater. The state government has started a scheme whereby farmers are given cash incentives if they consume less electricity in agricultural fields. Lower use of pumps means less extraction of groundwater. In Maharashtra, farmers are encouraged to use drip irrigation for sugarcane cultivation. It is also a proven fact that sugarcane fed by drip irrigation has a better sugar yield. In short, the minister wanted to say that, the help of all states is needed to address the issue of over-exploitation of water.