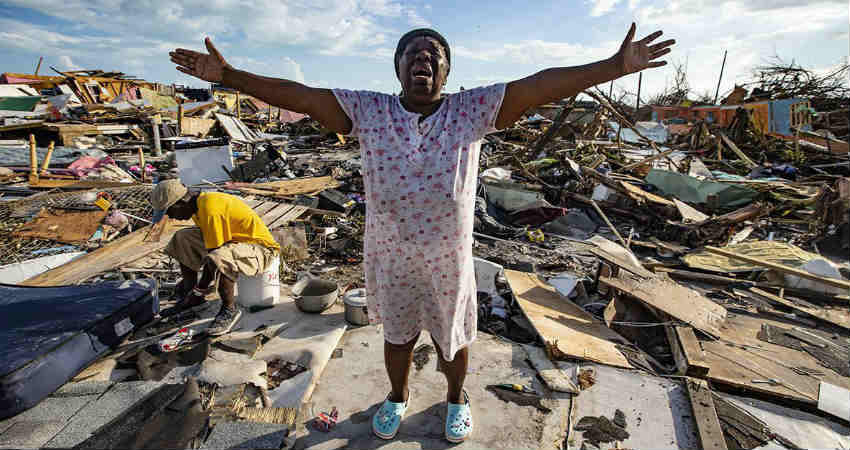 After pulverizing the Bahamas for more than 40 hours, Dorian finally swerved north Tuesday as a Category 2 storm.

The hurricane has already broken records for its intensity and for its crawling pace over the Bahamas. Dorian's appearance made 2019 the fourth straight year in which a Category 5 hurricane formed in the Atlantic - the longest such streak on record.

Looking at the intensity of the storm, meteorologists and climate scientists say it bears hallmarks of what hurricanes will increasingly look like as the climate warms.

Jennifer Francis, an atmospheric scientist at Woods Hole Research Center, said that the link between rapid intensification and climate change is robust.

According to National Oceanic and Atmospheric Administration (NOAA), heat in the ocean is a hurricane's primary source of fuel, and the world's oceans have absorbed more than 90 percent of the warming of the past 50 years.

The warm air can hold more moisture, and climate change has increased the amount of water vapor in the atmosphere. Thus leading to wetter hurricanes that unleash more extreme rainfall.

Francis further said that when that water vapor condenses into cloud droplets, it releases a lot of heat into the atmosphere and that's what a hurricane feeds off of.

Hall, a senior scientist at NASA's Goddard Institute for Space Studies said that Hurricane Dorian was particularly striking and devastating because of the way it lingered over the Bahamas. Such "stalling" events have become far more common in the past three-quarters of a century.

He further said that in stalling events, there is longer time for the wind to build up that wall of water for the surge and in return we get more and more accumulated rain on the same region.

Such stalling events make hurricanes more difficult to track. Without a known large-scale wind to drive them, the storms are battered about by small-scale fluctuations in their environments that are far harder to forecast.