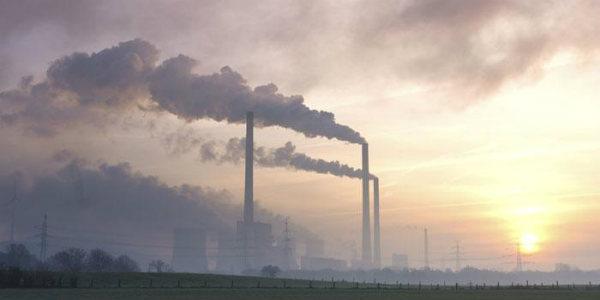 For life on Earth, carbon happens to be the most common element and exists in every form right from the air we are breathing to the chemical making of our bodies. As far as carbon emissions are concerned, the main focus is thrown at Carbon Dioxide. The largest source of natural carbon emission includes the exchange of CO2 between the atmosphere and oceans.

Humans, animals as well as plants also emit carbon dioxide in the process of respiration. Nature tends to keep these natural emissions in balance without resulting in an adverse effect on the environment. However, the entire problem comes in when us humans forget how to make that balance work, adding up more and more CO2 into the atmosphere.

With pollution and climate change on the rise, carbon footprint standard has come into play. Carbon footprint is basically the total emission caused by an individual or organizations, products, events etc.

Down to Earth writes: As compared to the previous years, India has once again reduced its carbon emissions by a good 12 per cent after several green measures for ensuring low carbon strategies as reported by the Biennial Update Report (BUR) to the United Nations Framework Convention on Climate Change (UNFCCC).

Each country prepares a BUR to meet the said obligation under the convention. However, the sad part is that fall in carbon emissions from forestland has remained the same for a decade now.

As per CSE (Centre for Science and Environment), the figure has remained as it is for 10 years, and India’s greenery has been plummeting about 300 million tons of carbon emission for long now and there is nothing new here.

For the climate change mitigation, there are three major commitments to be met which includes diminishing the industrial carbon intensity by 35 per cent as compared to 2005, along with making sure that at least 40 per cent of the electricity is achieved from non-fossil fuels along with attaining 2.5 billion tons of CO2 sequestration through the plantation of trees. All these targets need to be met by India in 11 years, which is, year 2030.

While India is likely to reach the first two targets in time, the third one is not an icing on the cake at all for the country.

As per the report, it is the energy sector, which is the highest carbon emitter and has managed to contribute a big chunk to India’s carbon emission in 2014 with 73 percent followed by a 16 percent from agriculture and 8 percent from Industrial Process and Product Use (IPPU), finally 3 percent from the waste sector.

Each country is bound to prepare the report once in two years, stating the total amount of emissions and minimizing them.