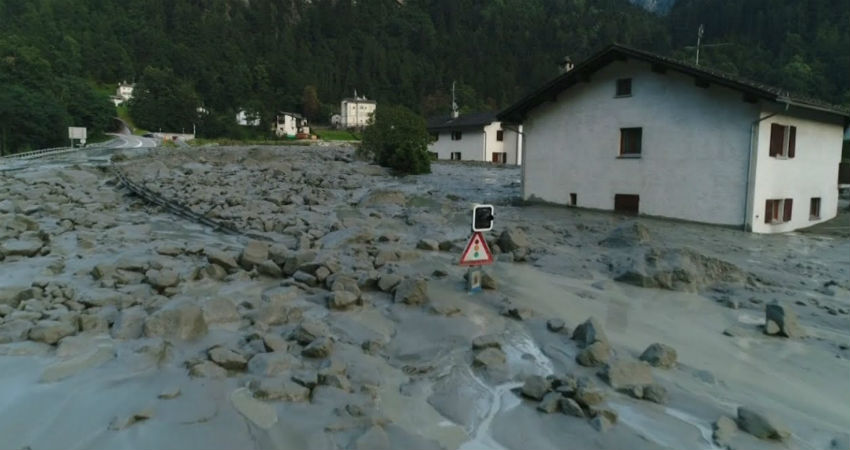 The violent storm and mudslide on Sunday night caused the Losentze river to overflow, carrying with it two vehicles, including one that was empty that was later found wrecked. Heavy rain in the Swiss Alps caused flooding and landslides in the area.

The police in Valais canton said that a man and a six-year-old girl are missing after their car was swept away by a flash flood in the southwest of Switzerland. More than 70 rescuers including a helicopter crew searched for the two throughout the night. Now they have to say that the chances are very little of their survival. Waters rose high enough to cause the bridge to bend and snap back, but it miraculously stayed in place.

The authorities have also shut roads near the Alpine town of Chamoson and a funicular linking Sierre with the resort of Crans-Montana due to hazards.

To this, scientists have to say that extreme weather events including floods and heatwaves are becoming more frequent because of global warming.

It occurred almost a year to the day after a huge mudslide engulfed part of Chamoson.