COP25: India gets various approvals by the Cabinet 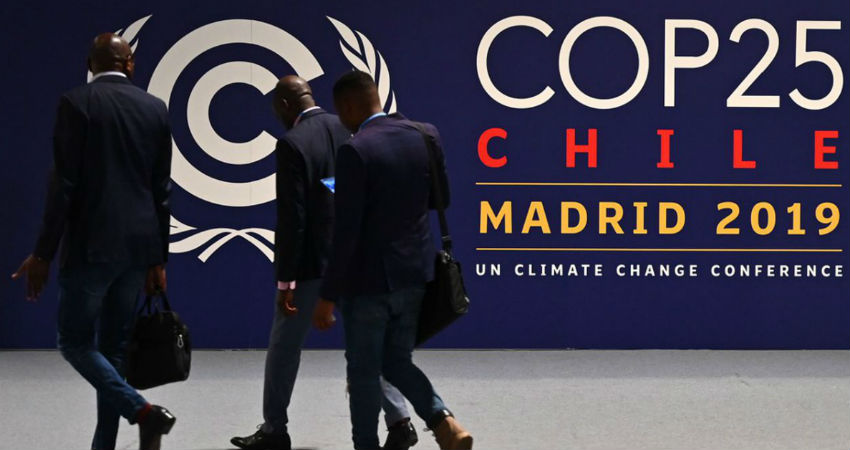 The upcoming 25th Conference of Parties (COP) to the United Nations Framework Convention on Climate Change (UNFCCC) is scheduled to be held in Madrid, Spain from December 2 to 13. The Cabinet has approved India’s negotiating stand at COP25.

In an official statement, it has been said that India’s approach will be guided by the principles of Equity and Common BUT Differentiated Responsibilities and Respective Capability (CBDR-RC).

Further in the statement, it was mentioned that India emphasises on the fact that developed countries need to take a lead in undertaking ambitious actions and fulfill their climate finance commitments of mobilising $100 billion per annum by 2020. Also, progressively and substantially the developed countries should scale up the financial support to inform the parties for future action through Nationally Determined Contributions (NDCs).

Further ahead India is likely to stress upon the need for fulfilling pre-2020 commitments by developed countries and that pre-2020 implementation gaps should not present an additional burden to developing countries in the post-2020 period.

In another decision, the Cabinet approved Post Facto the Agreement signed by Prime Minister Narendra Modi, on October 29 for the establishment of the Strategic Partnership Council between India and Saudi Arabia.

This Agreement will enable the leadership at the highest level in both countries to meet regularly and monitor progress in the ongoing initiatives/projects under the strategic partnership. It will also help identify new areas for forging strategic engagement and will define the goals to be achieved and benefits to be derived.

The Cabinet has even approved of a Memorandum of Understanding between India and Saudi Arabia in the field of combating illicit trafficking and smuggling of Narcotic Drugs, Psychotropic Substances, and Chemical Precursors.

In addition to these, the signing of the Double Taxation Avoidance Agreement (DTAA) and Protocol between the Republic of India and the Republic of Chile for the elimination of double taxation and the prevention of fiscal evasion and avoidance with respect to taxes on income has got Cabinet nod on November 27, 2019.

The DTAA will facilitate elimination of double taxation. Clear allocation of taxing rights between the Contracting States through the Agreement will provide tax certainty to investors and businesses of both countries while augmenting the flow of investment through fixing of tax rates in source State on interest, royalties, and fees for technical services.

The Cabinet has also approved the allotment of 1,800 square meters of Airports Authority of India’s (AAI) land to Andhra Pradesh Education And Welfare Infrastructure Development Corporation (APEWIDC) for a period of 15 years at a nominal license fee of ₹ 1 per annum, for the construction of Ceremonial Lounge at Tirupati Airport.

An MoU, signed between India and Myanmar, on bilateral cooperation for Prevention of Trafficking in Persons, got the Cabinet nod.

In a decision taken by the Cabinet Committee on Economic Affairs, the Sikkim Mining Corporation was granted waiver on the repayment of loan of ₹54 lakh and interest thereon, amounting to ₹370.40 lakh, totalling ₹424.40 lakh plus the amount of interest that will accrue on the total amount, from April 1, 2019.