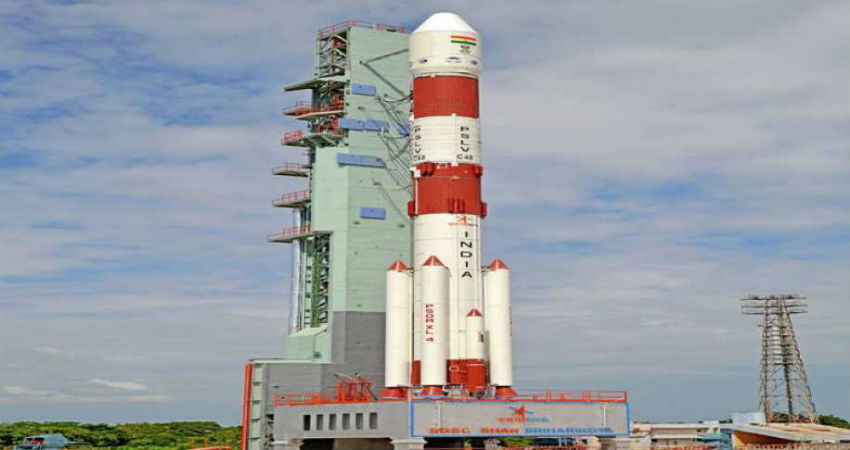 ISRO is all set to reach a milestone today with its 50th PSLV flight. At 3:25 pm today, India’s radar imaging earth observation satellite RISAT-2BR1 will launch in a PLSV-C48 from Sriharikota amidst clear weather conditions. The mission will be the 75th one from Sriharikota.

The RISAT-2BR1 is a Radar Imaging Earth Observation Satellite which weighs 628 kg and has a resolution of 0.35 metres, which means it can distinguish two objects which are just 0.35 metres apart. The satellite will be able to even work through dense clouds. The earlier version was used during the Balakot strike.

The satellite’s life period is five years. In addition to that, the satellite will also help in disaster management purposes as well as defense surveillance. The PSLV will also carry six satellites of U.S. and one each from Israel, Italy and Japan. The satellite will be placed in a polar orbit about 576 km above surface of the earth at an inclination of 37 degrees.

The first PSLV mission was launched on September 1993, which is known as the PSLV D-1. Until 2019, there already have been 49 Indian satellite launches along with 209 foreign satellites.

ISRO has launched a total of 310 foreign satellites out of which 209 have been through a PSLV.

In the 49 PSLV missions, only two have been unsuccessful, which means that the success ratio is very high. In fact, it is much higher as compared to worldwide agencies.

The PSLV orbit is between 600-900 km, which is much lower as compared to GSLV whose position is 36000 km above the surface of the Earth. GSLV can carry heavy payloads starting from 2500-8000 kg while PSLV can carry up to 1750 kg payload.