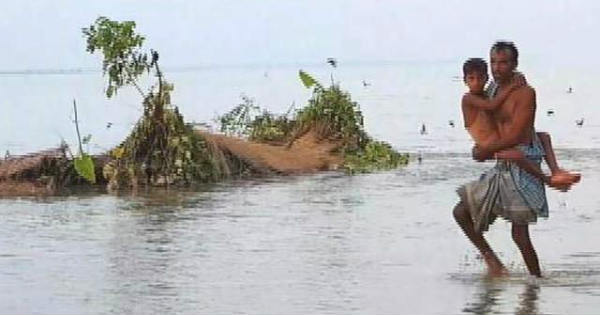 India has a huge network of rivers. Irrespective of the geographical location, rivers are located everywhere in India. Apart from being monumentally beneficial for uncountable reasons, rivers are however, notorious. Where on the one hand rivers are favorably constructive, with a lot many positive points, however, on the other hand they do not fall short in posing a potential threat to the humanity.

Recently, Brahmaputra has made the headlines for darkening due to the massive landslides caused by series of earthquakes in Tibet. The assembling debris, causing blockages in the river is a major source of concern for the Indian authorities. These blockages have caused the formation of natural dams in the river. The alarming anxiety for India is that these temporary restrictions, created in the river would eventually collapse and result in a swamping downstream.

Various weather conditions trigger the stoppage or restrict the flow of the water in the river, which produces the looming danger of spontaneous, unrestrained overflow of water, obstructed temporarily due to natural circumstances. In winter, this situation arises because of extreme snowfall in hills. Excessive snowfall is the reason behind the formation of avalanche. An avalanche is a rapid flow of snow down a sloping surface. These avalanches uproot huge trees, massive rocks and drag them down into the river. Moreover, the topography of the mountain region, generally consists of rocky terrain. So, the chances of big rocks rolling down and blocking the path of the river are high.

Another occasion for stoppage or occlusion of the river body is to be seen in the monsoon season. Landslides, caused due to excessive rainfall, is a form of mass wasting that involves wide range of ground movements, including rockfalls and shallow debris flow. Prolonged rain also causes the soil of the region to become soft and susceptible to wash off from its position. This rapid flow of debris into the river body arrests the flow of water.

Indo Gangetic planes are always under the fury of rivers. Indo Gangetic plains are in the foothills of Himalayas, from where the major mighty rivers, like Ganga, Brahmaputra and Yamuna originate. Data collection for isolated and inaccessible regions, from where these mighty rivers originate is not easy. Data is collected only through satellites or remote sensing. Hence, weather related information about these unreachable locations is accessible only by using very remote techniques.

The current situation in Brahmaputra due to the turbidity, caused by landslides, is severe than the massive landslide on Yigong-Tsangpo, which blocked the river and caused floods as far as 400 km downstream, indiscriminately sweeping away forests and destroying over 50 villages. According to the sources, the present landslide was “catastrophically larger than the one in 2000”

Please Note: This article has been sourced from researchers Anirban Datta Roy and Chintan Sheth