After Hurricane Dorian, Humberto in the pipeline, very likely to hit Florida 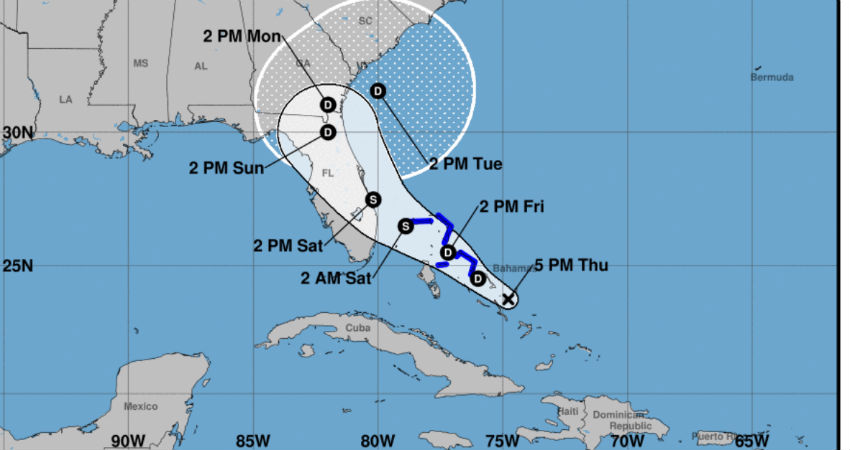 It is a stormy and peak season for the Atlantic, Caribbean and United States of America in particular. This season invariably threatens the Caribbean region, followed by Florida, Georgia and the Carolinas.

As mentioned earlier, the chances of disturbance coming in the Caribbean area is very likely. Now, it looks like the disturbance has become more organised. However, the structure of this brewing system is still hazy.

The structure is making it difficult for the models to predict its track, its intensity, timings, and landfall. The only confirmation, for now, is that the disturbance is coming up.

This upcoming system will be named Humberto and will most likely head for Florida.

The chain of islands comprises of Abaco, Berry Islands, Bimini, Grand Bahamas and the New Providence. Out of these, Bahamas and Abaco have been ravished and battered by the Storm Dorian. Just for the information, the warning has been already issued for these areas. Anytime from today itself, i.e. Friday, inclement weather conditions will start in terms of heavy rains as the landmass is very scattered there.

This system is very likely to affect the relief and rescue operations taking place over the battered islands of Grand Bahamas and Abaco.

Not only this, but it has also been predicted that as soon as the system comes closer to Florida, it will become a Tropical storm. Post 24 hours, things will be clearer, and the track and timings of the system can be predicted along with its landfall.