Aftermath of Storm Idai: Potential outbreak of Cholera in Mozambique 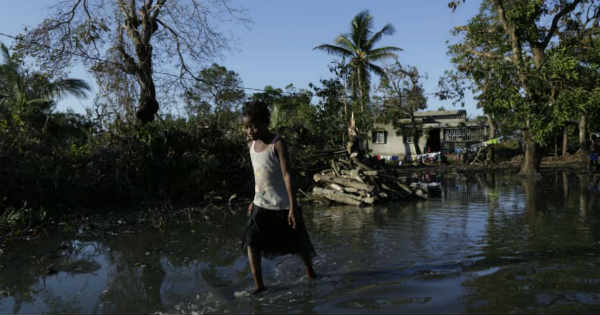 Doctors in Mozambique are preparing for potential outbreak of Cholera after Cyclone Idai hit this nation lately. It has been described as the worst cyclone disaster in the nation’s history.

Emergency treatment centres have been set up across the African nation after water supplies were contaminated by torrential rain and floodwaters.

World Health Organization titled it as a second disaster if the disease breaks out. Relief operations were pressed into Mozambique where an unknown number of people remained without any help for more than 10 days after Cyclone Idai ripped through the country.

The United Nations said around 1.8 million are in urgent need of help and it made an emergency appeal for $282 million for the coming three months.

The authorities mentioned that more bodies would be found as floodwaters drain away. The death toll stands at 761 in Mozambique, Zimbabwe and Malawi put together.

The emergency respondents raced to contain deadly diseases like Cholera, that authorities have already guaranteed would break out. More than a quarter million displaced people were given shelter in camps with little or no clear water and sanitation. Most of the wells were contaminated because of the floods.

The World Health Organization said that a spike in malaria cases is expected in Mozambique. The disease carrying mosquitoes breed in standing water.

Dr. Djamila Cabral, the WHO Representative in Mozambique told the reporters in Geneva that they should not let people suffer a second disaster through a serious disease outbreak or inability to access essential health services.

WHO also said 9,00,000 oral cholera vaccines were expected to arrive later this week. The International Federation of Red Cross and Red Crescent societies said that a field hospital was being set up in Beira and another one would arrive by later this week. The organization also brought into notice a sanitation system to serve 22,000 people has arrived and a water purification unit to serve around 25,000 people is expected to arrive by this Wednesday.