Bomb Cyclone affects travel plans of millions across US on Thanksgiving 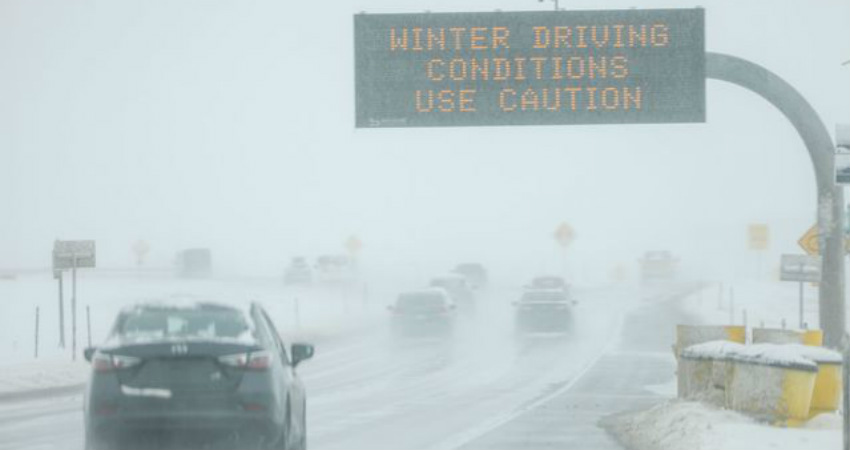 A tale of two winter storms as they’ve been calling it have throttled both the West Coast and Midwest, causing highway closures and traffic plans getting snarled with Thanksgiving plans going down, well the snow.

There had been many warnings, weather watches and alerts were posted across most of Western United States after a bomb cyclone moved westward from the California coast.

From Interstate 5, there were at least hundreds of stranded cars removed, which were going from California into Oregon. The storm did not only dump a lot of snow but also resulted in whiteout over both the border sides of California and Oregon.

Drivers were stuck for over 17 hours in blizzard conditions, wherein a few even stayed the night in vehicles. Winter Storm Warnings remain in effect for the mountainous regions near LA up till Friday with at least 6 to 12 inches of snow expected.

There are expected to still be significant travel delays and road closures, with the driving conditions being still dangerous.

On the other hand, at least 1000 flights were either delayed or cancelled in Denver alone. Heavy snow had even caused shutdown of I-70 in parts of Colorado and Kansas, temporarily. While the interstate did reopen, the people on the Kansas route were asked to stay off.

In great lakes and Midwest, at least 220,000 customers were without power including even 18000 people in the Chicago metro area, where power lines were knocked down because of the winds.

The worst part is that at least 55 million travelers planned to travel for or from home on Thanksgiving and the weather has only destroyed their plans.

The rare bomb cyclone affected southern Oregon and northern California, bringing in winds up to 100 mph, resulting in bringing 100-mph wind gusts to the coast.

Dry spell to come to an end, rains ahead for Tamil Nadu and Chennai

Rains ahead for Punjab, Haryana, Rajasthan, Uttar Pradesh and Delhi

Northeast awaits heavy spell of rain with thundershowers, maximums to drop during this rainy spell