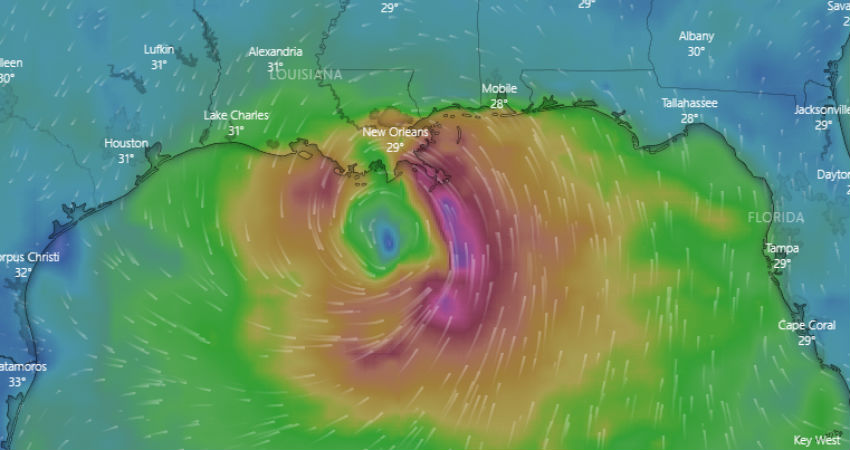 The storm is all set to hit New Orleans, where flash floods as well as thunderstorms. A state of emergency is in effect and residents in some low-lying areas have been asked to evacuate.

It could rise as high as 20ft (6m) above sea level, they say, potentially exceeding the 20-25ft levees which protect the river from overflowing.

At the point when winds hit 74mph it will be called a hurricane, which is anticipated to occur before it makes landfall in the delta of the Mississippi River on Friday.

The storm is anticipated to dump 10-15 inches of downpour on Friday and Saturday along the Louisiana coast and parts of Texas.

Occupants have been cautioned to stock up on drinking water and durable sustenance, just as other crisis supplies.

Plaquemines Parish, south of New Orleans, has requested occupants to clear. Vermilion Parish, toward the west of the city, has asked a few people living in low-lying regions to think about moving to higher ground.

Rivers will cause storm surge and the amount of upcoming damage is expected to be more from the rainfall and surge than the wind damage.

The areas that will face the brunt include Louisiana, Alabama, Mississippi as well as Texas.