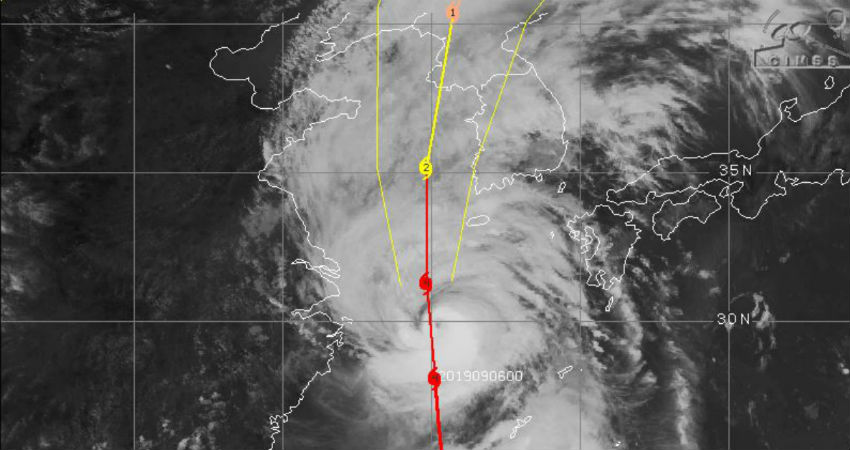 Typhoon Lingling is forecast to pull away from Japan's Ryukyu Islands into Friday, sending strong winds and heavy rainfall to the Korean Peninsula in time for the weekend.

Presently, Lingling is of Cat 4 and is a fairly strong system. It is more than 200 km away from the coastline of China which is heading northward. Lingling is expected to retain the status of cat 4 for the next 12 hours and will continue to remain in the deep South China sea and will head for the Yellow Sea which is in the Western Pacific.

Upon entering the Yellow Sea, it is likely to downgrade to Cat 2 and will probably impact the Korean peninsula.

Lingling brought downpours to parts of Luzon in the northern Philippines earlier this week. However, the region was able to avoid any damaging winds or widespread flooding.

As Lingling tracks northward into Friday, the tropical rainfall and gusty winds across the southern Ryukyu Islands will slowly start to fade away.

Flash flooding, travel disruptions, and power cuts are possible when Lingling moves away from the islands.
Attention will then shift to South Korea as the powerful storm makes a potential landfall on Saturday afternoon or Saturday night, likely as a strong tropical storm.

Although there will be a drop in wind intensity by the time Lingling reaches the Korean Peninsula, the system will still be quite impactful to the region.