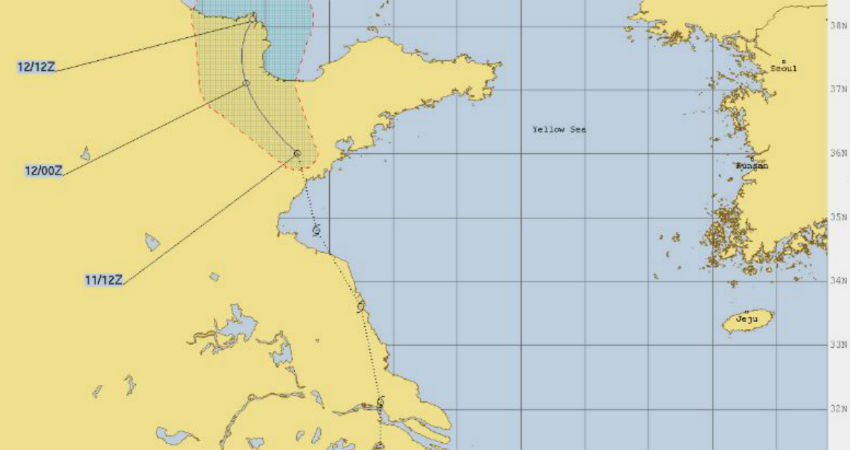 Dozens of deaths and injuries lay in the wake of Lekima's destruction after the typhoon struck eastern China on Saturday morning.

It has been reported that at least 48 people have been killed in eastern China as of Monday evening.

In the aftermath of the storm, it has been estimated by the Shandong authorities that the typhoon caused direct economic losses of 1.5 billion yuan ($212 million). Much of that loss is due to the destruction of crops.

Updated on August 12, 1:09 pm, China: Deadly Storm Lekima wreaks havoc, 33 dead while millions evaluate: By now we all know that the West pacific is an active basin for typhoons at this time of the year and they travel across different seas. They move across the Japan Sea, South China Sea, areas of Philippines, and Taiwan.

The Typhoon Lekima which is the ninth storm to hit China this season is among the top three strongest storms ever to hit the province of Zhejiang.

Lekima made landfall as a typhoon in the Atlantic and East Pacific oceans during the early morning hours of Saturday. Most of the lives were lost in a tragic event, triggered by Lekima, in a village in Zhejiang's Yongjia County.

After a landslide, it initially blocked a river, water built up and then broke through the earthen dam

Sustained downpours have pushed a lot of rivers to very dangerous levels. Over one million people have been evacuated and 33 have been reported dead.

China has also cancelled flights and temporarily shut down a high-speed train between Shanghai and other cities.

In wake of high wind shear and land interaction, the storm has now downgraded and is a Tropical Depression now. Presently, the system is around 580 km North/Northwest of Shanghai. It will continue to weaken further while moving across the Shandong Peninsula and will finally enter the Gulf of Pohai.
River flooding might last for days after the rain ends as water slowly drains to the ocean.