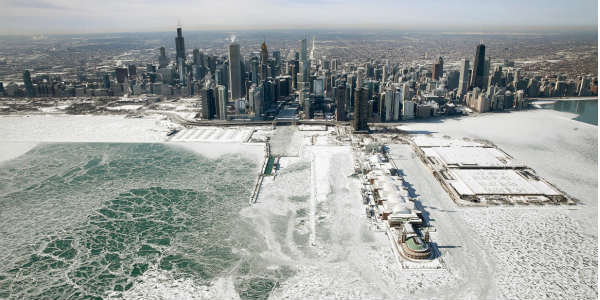 In the past week, the polar vortex that hit Marshalltown and the rest of the Midwest has so far resulted in the deaths of 24 people and leaving more than 200 million people facing freezing temperatures. The entire US Midwest region has also been gripped by the lowest temperatures it has seen in decades.

With the occurrence of such weather conditions, many media houses and individuals declared polar vortex as an example of extreme weather caused by climate change, but it turns out that any such kind of declaration has been declined by the scientists of major research centers and universities.

In fact, according to a graphic of November-March cold waves in the East and Midwest dating back to 1895 posted by the principal research scientist at the University of Alabama in Huntsville, the statement “global warming causes extreme cold” was completely opposed.

Moreover, the theories stating that the decline of Arctic sea ice, which has dropped by about 15% over the last 40 years, has disrupted the polar vortex, causing it to move southward has been declined by most renowned professors and scientists.

Meanwhile, most news outlets were filled with stories linked to last week’s deep freeze in the Midwest and Northeast about how global warming may unexpectedly result in unusual cold.

Scientists generally agree that the polar vortex is shape-shifting and wandering more often in recent years, and many scientists say there may be a connection between global warming and the vortex.

“The theory is that when higher temperatures invade the Arctic, the vortex is corrupted, and loses its structural integrity, meaning it goes on a chilly road show to the South.”

Other scientists have pushed back on the narrative, arguing that southward dips in the polar vortex are nothing new and date back well before the increase in atmospheric carbon emissions.

However, according to reports and climate, a strong polar vortex occurs when it is particularly cold at higher latitudes. The colder the troposphere at the higher latitudes, the stronger is the polar jet stream. So, if anything, these extreme Arctic outbreaks suggest global warming has little effect on them.