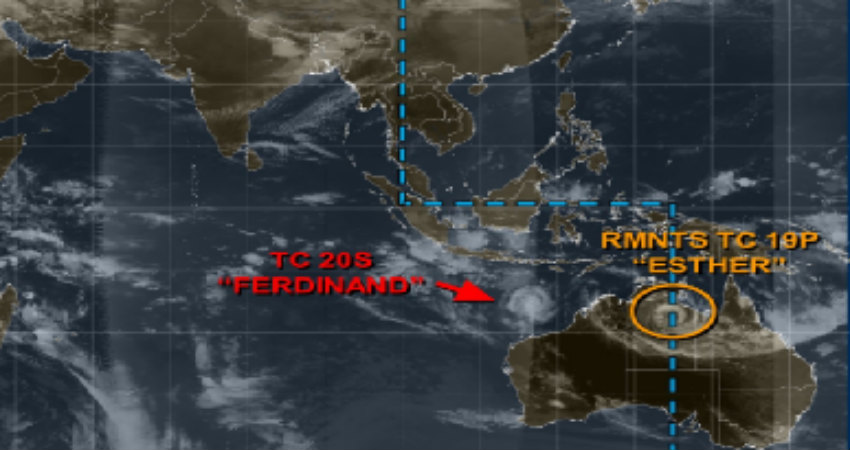 Cyclone Esther has weakened into a depression after making landfall on the Carpentaria Coast between Queensland and Northern Territory. However, the system continues to be a marked one resulting in heavy rainfall activities over the Northern Territory as well as Western Australia in the coming couple of days. The system is now heading in a westward direction and will affect northern regions of Australia as a depression.

Winds are expected to remain gusty in areas where Esther does affect. Right from Carpentaria to Darwin, there is likely to be travel difficulties. Esther will continue to move in a westward direction and if meteorologists are to be believed, it may re-emerge once it finds open waters during the weekend or early next week and may become a storm again.

On the other hand, a low pressure area which had formed between the Indonesian and Australian waters had become a Cat 1 Tropical Cyclone by the name of Ferdinand. Now, as per weathermen, the storm has strengthened into a Cat 3 storm.

However, Ferdinand is not expected to impact areas in the land in the coming few days. Thus, the storm will only be a concern for ships in the open waters of the Indian Ocean.