Dangerous snow-storm likely to hit US this weekend 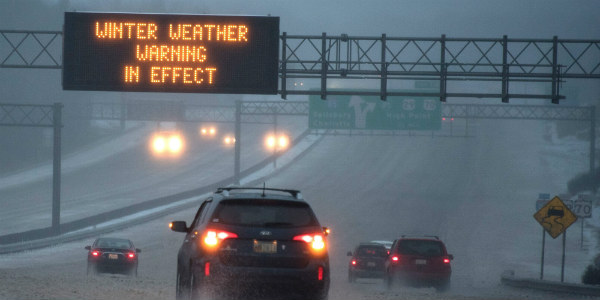 Flights might also get delayed and cancelled as major airports like that of Charlotte, North Carolina fall in the heart of the storm. There are risks of power outages in many areas. Some major highways are likely to get blocked as the repercussions of heavy snowing will carry on beyond the weekend. Locals should expect school closures into the coming week.

Storms of this magnitude often bring handling difficulties to the municipalities in the South. Locals are being warned against much outdoor activities.

Cities like Boone, Wilkesboro, Morganton, Winston-Salem, Hickory, Greensboro and Asheville are likely to receive a foot or more of snow.

While the storm will wind down on the weekend only, but the chilly weather is here to stay for a while. Monday onward a chilly wind will flow over the area along with light snowfall and rain at a few places. Snow cover will take its time to disappear even after a few bright sunny days. Tuesday onward the region will be clear for the authorities to carry on with the clean-up operations.