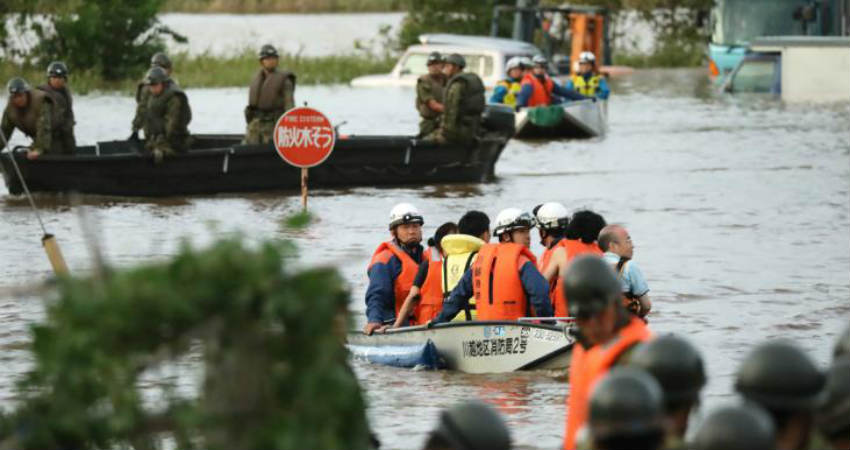 The death toll in Japan after Typhoon Hagibis has reached to a whopping 72 after rescuers trudged through mud as well as debris, searching for missing as a large number of homes stayed without power or water.

Around 138,000 were without water while 24,000 needed power. Highest toll was in Fukushima prefecture north of Tokyo, where levees burst in 14 places along the Abukuma River, which runsthrough various urban areas.

25 people lost their lives in Fukushima, including a mother and kid who were trapped in floodwaters, while another offspring of the lady stays missing.

Survivors portrayed how water rose quickly to chest height in about an hour and chiefly around evening time, making it difficult to move to higher ground. A significant number of the dead in Fukushima were older.

Occupants in Koriyama, one of Fukushima's bigger urban communities, said they were taken aback by the flooding. Police were looking through house-to-house to ensure no one had been deserted or needed assistance.

Around the country, manufacturers assessed the situation. Panasonic Corp said flooding had harmed its plant in a huge industrial park in Koriyama.

Auto manufacturers Nissan, Honda and Subaru said there was no significant harm to their production lines, while Toyota said every one of its plants were working normally.

A huge number of police, fire authorities and military work force kept on looking for individuals who may have been cut off by floodwaters and avalanches, with expectation decreasing that the missing would be discovered alive.