Despite weakening of Typhoon Noru, torrential rains for Japan 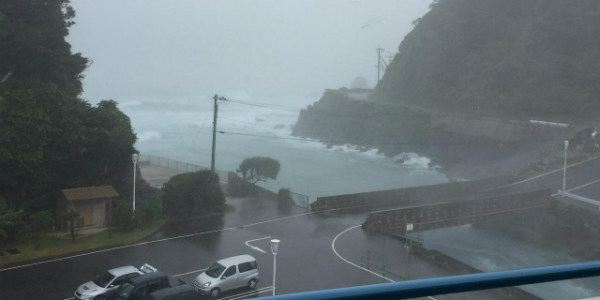 The once strongest storm of the year, Typhoon Noru has weakened significantly. However, the still strong weather system continued to result in heavy rains over parts of Japan. In fact, a few parts alos witnessed torrential showers as well.

At least tens of thousands of people were under threat and advisories were issued for these people residing in Shikoku. Not only this, flight cancellations of around 230 aircrafts were also seen as heavy showers refused to take a backseat.

Two deaths have been reported in Japan. However, apart from that, no mishap has been recorded in this part of the world due to Typhoon Noru.

During the early morning hours of today, Noru lay along the southern edge of the Japanese archipelago. Its centre was off Shikoku's Cape Muroto. If Noru continues its current path, it is expected to make landfall in the central prefecture of Wakayama in the late evening hours of today.

As far as rain figures are concerned, Noru gave heavy rains of about 52 mm in areas of Shikoku in just a matter of one hour. In the next 24 hours, central parts of Japan may witness rains as intense as 500 mm as well if weather experts are to be believed.

During the next 24 to 48 hours, Noru is expected to weaken even further and may become a tropical depression soon enough.