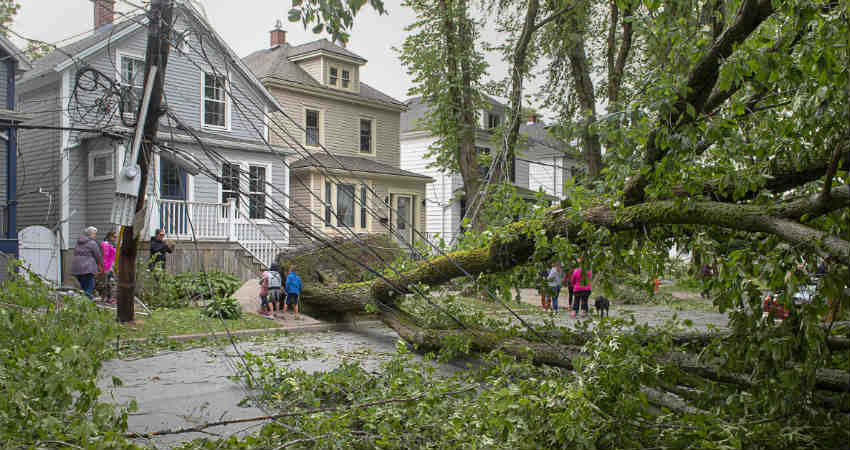 Dorian became a hurricane on August 28, brought catastrophic damage to the northern Bahamas around September 1, then briefly made landfall over North Carolina's Outer Banks as it moved up the U.S. seaboard on its way to Canada. The storm passed over northern Newfoundland and eastern Labrador early on Sunday.

Floodwaters have receded in the Outer Banks, revealing a muddy trail of damage. Hundreds of thousands of homes and businesses lost power in Canada and it may take days to restore service. The powerful storm hit Halifax on Saturday with winds of 160kmph, toppling trees and cutting power to more than 450,000 homes.

By far the greatest devastation caused by the storm was in the northern Bahamas, where Dorian "planted itself," as the U.S. National Hurricane Center put it, for 48 hours as a monster Category 5 hurricane.

The humanitarian crisis in the Bahamas is growing increasingly almost a week after Hurricane Dorian made landfall.

The death toll there is 43 but officials believe that hundreds of bodies were yet to be found in areas flattened by the wind by storm surges.

UN officials said about 70,000 people on Grand Bahama and the Abcao Islands were in need of assistance.