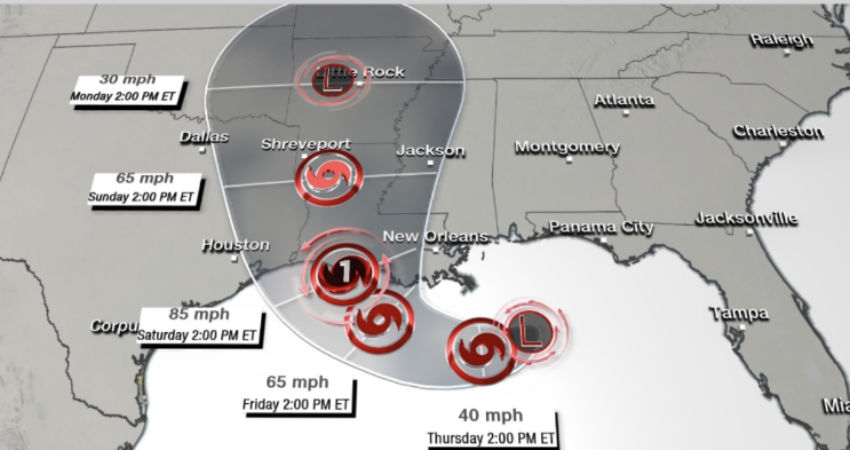 The first tropical storm of the year is all set to affect the United States as an invest area in the Gulf of Mexico seems to be taking shape and getting more organized.

In fact, rainfall has already inundated many areas of the New Orleans for many hours. Storm watch has been issued. Heavy rains have been lashing Louisiana as well. The first storm will be named as Barry, and it has the potential of becoming a hurricane as well in the Gulf of Mexico

The areas that are under threat include Louisiana, Alabama, Mississippi as well as Texas. There is not a a very large area to be tracked as the storm will not have too much of a sea travel. The storm is expected to strengthen and become a hurricane by Saturday.

In fact, along with the possibility of storm surge, also will be seen hurricane force winds, and extensive flooding for Gulf Coast region into the weekend. The storm has been moving at a speed of 8 miles per hour which means it will have a strong impact and will hover around the same region for long giving heavy rains relentlessly.