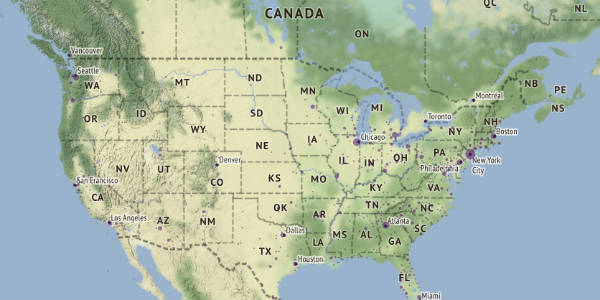 With Climate Change taking several tolls ahead, US cities may not be what they are. In an interactive map, it has been shown how US Cities would look like in the next 60 years.

Thus, by 2080, Pittsburgh along with Pennsylvania, will feel like Jonesboro, Arkansas weatherwise. This means, temperatures would be higher and winter rains would be more. These potential outcomes are on the basis that fossil fuel emissions may continue to rise. In fact, if we curb emissions, Pittsburgh may even become like Madison, Indiana.

Pittsburgh is just one of 540 cities in the U.S. as well as Canada wherein scientists have found doppelgangers of future climates, cities where current climate is similar to another city’s future climate. Even you can find what city will look like what using the interactive map by the journal Nature Communications.

The researchers managed to compared the expected climate of every city in 2080 with climate recorded between 1960-1990. For assuming future climates, researchers took the average of outputs from 27 climate models. Current and future climate meant total rainfall and average minimum and maximum temperatures for four seasons.

The situation where there were high fossil fuel emissions, a city’s future climate was over 500 miles away. When the emissions were low, distance dropped to 300 miles. While the western parts were towards hotter, drier regions of Southwest, Northeast resembled humid locations in Southeast and Midwest.