Here is what the black ring of cloud in Lahore is, and no, it is not extra terrestrial 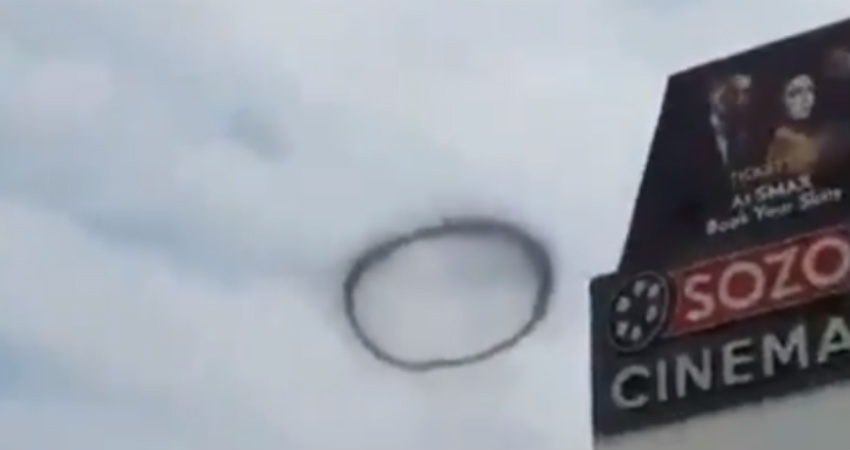 Lahore saw something mysterious, and no it wasn’t a UFO, it was an o-shaped black cloud. Both the oldies and the netizens had several theories regarding the cloud, some even called it an alien invasion.

The mystery cloud was floating over Lahore’s Sky on Tuesday, and had people confused. In fact, many people ended up calling it the evil cloud as well. Many residents who were internet savvy went ahead and posted pictures of the same on various social media forums making the picture go viral on Twitter.

Many people had different responses, and some even came to say that they saw similar sightings in other parts of the world as well. A user even shared a clip of a similar occurrence in Dubai, about a few weeks ago.

These mysterioys dark, ring-shaped clouds have been seen across the globe. And if you would like to believe it, there is nothing extraterrestrial about it. In fact, such an occurrence is due to a small explosion or combustion. The United Kingdom saw something similar in the year 2014, which was also known as the “Black Ring of Leamington Spa,” and all of this was a mere creation of fireworks.