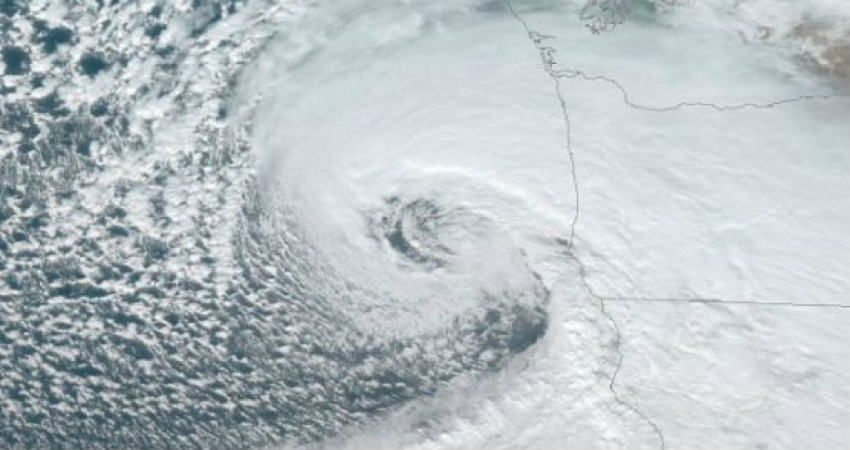 A bomb cyclone also known as the bombogenesis is termed when the drop of the central barometric pressure in a storm is 24 millibars or more in 24 hours. The term is mostly used for intense storms and at the time of the cyclogenesis of such kind, rain, snow and extreme winds are accompanied with it.

Bomb Cyclones are mostly associated with intense winter storms and is subjected to Europe, and parts of Canada and the United States. Bomb Cyclones are seen both in the Northern and the Southern Hemisphere and are explosive cyclogenesis.

Recently, Dennis saw a pressure drop of 56 mb in 24 hours, which is more than double of the required, making it the strongest this season. There are many pockets which happen to be favourable for these Bomb Cyclones in the Northern Hemisphere including North and South Atlantic, Southwest Pacific and the Northwest Pacific Ocean. Sometimes, storms from the Pacific can crossover from the US, Canada and come to the Atlantic as well, which was the case with Lorenzo.

These bomb cyclones can originate and transfer from Pacific to Atlantic.

Reason for it is that the landmass in the southern Hemisphere, along with which, that the ITCZ does not shift to the region. Also, Bomb Cyclones here have an equatorward movement, thereby making them lose latitude.