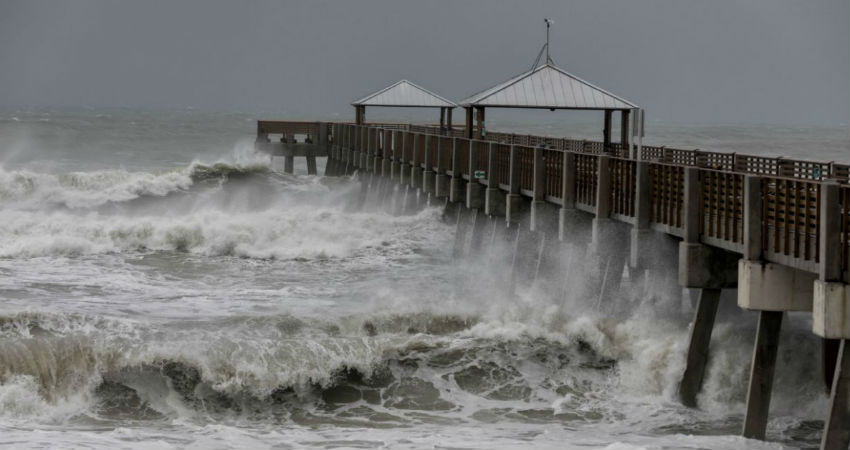 The Cat 5 Hurricane Dorian has now downgraded to Cat 2 and is vacating the Bahamas now. The Hurricane stalled there for an ample amount of time and around 45% of houses have been destroyed in the same. The death figures are also expected to rise eventually, as the damage has been done on a grand scale.

However, now the Hurricane is vacating and is expected to take a sharp turn and on the recurving will move northward. Hurricane Dorian on moving further has led to storm surge warnings from Florida's east coast to eastern North Carolina.

The experts have to say that the distance between coastline and Dorian is likely to shrink because of the orientation of the coastline.

Dorian will have a significant, damaging impact from Florida's Atlantic coast to parts of Georgia, South Carolina, North Carolina this week and possibly Virginia might escape Dorian’s fury.

Storm surge warnings mean there is a danger of life-threatening inundation, from rising water moving inland from the coastline, within the warning area during the next 36 hours.

Dorian is the fifth consecutive Cat 5 Hurricane to be formed in the Atlantic Basin in the last four years. In 2016, it was Hurricane Mathew, 2017 two Hurricanes were seen, Irma and Maria followed by Michael in 2018 and Dorian in 2019.

Also, Hurricane Dorian is the 35th Cat 5 Hurricane in the Atlantic since the time we have records.