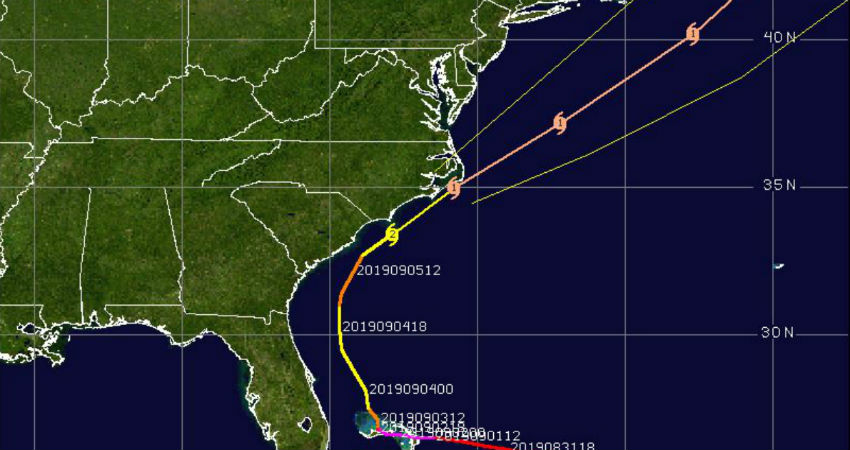 For the last two days, Hurricane Dorian has been skirting the eastern seaboard of the United States of America. Though we say skirting, it is almost brushing the coastline. Hurricane Dorian has already gone past Florida, Georgia, South Carolina and is now heading for North Carolina. The experts have to say that about 12 hours from now, Dorian will be somewhere at the edge of North Carolina before it enters the Atlantic Ocean.

Looks like the next 12 hours are crucial before it makes landfall at the extreme eastern edge of North Carolina.

Dorian has been moving with varied intensity. When it struck the Bahamas, it was of Category 5 and after clearing Bahamas it started to weaken again and downgraded to Cat 4. On its recurvature, when it was in Florida it further downgraded to Cat 2.

The eye of the storm is within 50 km from the coastline which is dangerously close and has the potential of giving torrential rains, storm surge and high-velocity winds.

Our experts would like to extend caution for another 24 hours or so as Dorian is likely to make landfall in North Carolina.