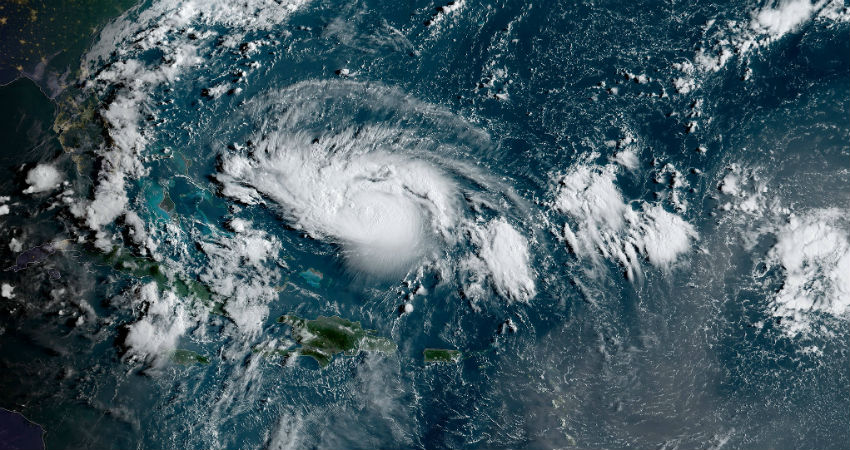 Hurricane Dorian developed into a "calamitous" cat 5 storm on Sunday as winds of more than 180mph rattled the northernmost islands of the Bahamas, the greatest hurricane to hit the island in recent times.

Dorian was not anticipated to make landfall in the US but rather it was expected to cause risk for Florida, Georgia and the Carolinas in the coming days.

The National Hurricane Center (NHC) in Miami said Dorian made a second landfall at 2pm US ET, hitting Great Abaco Island with enormous waves and winds of 185mph, which happened to the strongest landfall of a hurricane ever.

As hundreds took shelter in schools, churches and different safe houses, Bahamian authorities last minutedly requested for those in low-lying regions to clear. Correspondents in the Bahamas said several inhabitants of lower-lying islands, including Grand Cay and Sweeting Cay, had overlooked evacuation orders.

"When the winds get to a specific speed we're not going to have the option to react," Don Cornish, leader of the Bahamas national emergency management agency, warned in a pre-storm preparation. "We might not have the resources to come after people who are in damage's way"

"It will be incredibly awful for the Bahamas," Colorado State University storm scientist Phil Klotzbach told the Associated Press, including: "Abaco will get wiped."

NOAA recorded the winds gusting upto 200mph near the storm's eyewall, while a stalling which was expected in Dorian's advancement raised the possibility of the hurricane dumping at least 30in of downpour due to the storm hovering over the Bahamas for 48 hours.

"It isn't usual to see winds of that speed.

On Sunday morning, a critical change to the forecast by NHC specialists carried the storm a lot nearer to Florida's south-eastern coast by Monday and Tuesday, inciting new storm and hurricane watches from only north of Miami to Sebastian channel, 100 miles north of West Palm Beach. Dorian's anticipated way would then take it north, just skirting the US coast towards Georgia and the Carolinas.

In spite of the fact that the official track estimate does not demonstrate landfall", the forecast included that "a little deviation to one side of the track could bring the core of the storm its damaging winds nearer to or on to the Florida coast".

"Since Dorian is likely to slow down and turn northward as it approaches the coast," Richard Pasch, senior consultant at the NGC, wrote in a morning warning, "perilous storm surge and damaging hurricane force winds are as yet conceivable along bits of the Florida east coast by the mid of this current week.

"There is an expanding danger of strong winds and storm surge along the shorelines of Georgia, South Carolina and North Carolina in the not so distant future."

Palm Beach authorities reported evacuation orders for coastal regions and said shelters were being opened due to the danger of a closer brush with Dorian than had been anticipated. Areas further north, including Martin and Brevard, started clearings on Saturday.

The strength of the hurricane makes this the fourth year that in any event one hurricane has reached cat 5 status, as indicated by the NHC. Hurricane Matthew in 2016 had a similar track to Dorian's normal way yet still caused many billions of dollars in harm and 47 passings in the US from wind, storm surge and inland flooding.

In 2017 Irma and Maria tore through the Caribbean, with Maria claiming 3,000 lives in Puerto Rico, and a year ago Hurricane Michael destroyed territories of the Florida Panhandle that have still not recovered.