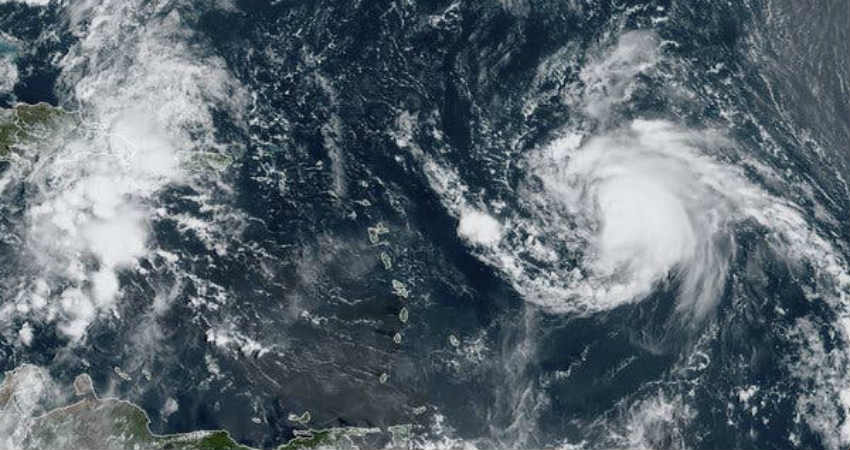 There has been a tropical depression called Imelda which has given heavy rains over Texas, causing flash flooding over the region, however, the storm has now moved over land. Imelda is expected to move from Texas to Louisiana

Meanwhile, Hurricane Humberto which caused heavy rains over Bermuda causing minor damages here and there has now moved into the ocean and now is not expected to strike a landmass but dissipate in the ocean itself.

Behind that, another storm called Jerry, is following the same track and has become a hurricane. The storm will hit the Leeward Island in next 24 hours, but it won’t make a landfall over the eastern sea board, even sparing Bahamas, and Florida, keeping these storms left of its track.

However, the storm is likely to hit towards Bermuda.

Meanwhile, in the Pacific, on the other side of the United States, there are three storms. The first storm is Lorena, off the southern Mexico coast. Lorena could become a hurricane, and head towards Baja,  California Peninsula by tomorrow.

On the other hand, there is a storm called Kiko, which is well away from the coast and is likely to dissipate into the sea. Meanwhile, Storm Mario which does seem to be closer to the coast is also skirting away.

There is another storm brewing in the Western Pacific called Tapah, which is currently in the South China Sea. The storm is likely to skirt away and recurve northeastwards and become a Typhoon in the next three days. The storm will spare the China Coast.