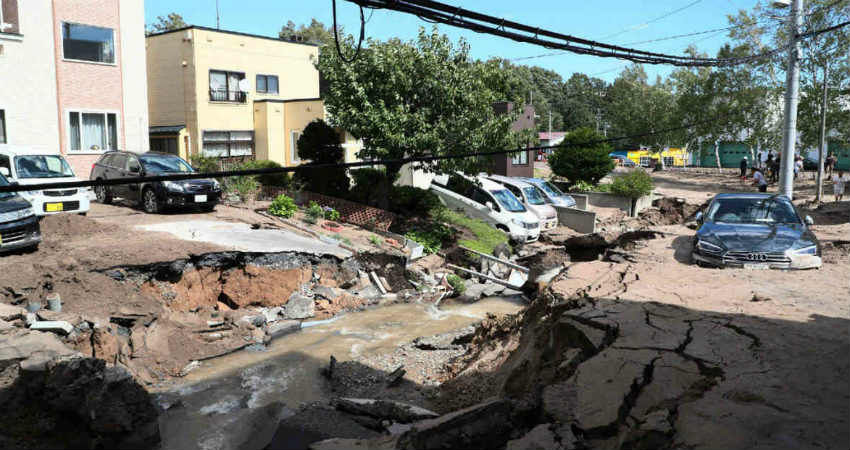 Late on Tuesday, a magnitude 6.7 earthquake struck Japan’s northwestern region, injuring 26 people and causing landslides and power outages in some areas. The earthquake hit Niigata Prefecture, recording a maximum of upper 6 on the Japanese seismic intensity scale to 7.

According to the Kyodo News Agency, 17 people were injured in Yamagata Prefecture, 4 each in Niigata and Miyagi prefectures, and 1 in Ishikawa Prefecture. Till now no reports of missing people have come forward, but 800 people have been evacuated.

The Japan Meteorological Agency warned of probable collapses of buildings and more landslides as there is a chance of more earthquakes of similar levels hitting Yamagata and Niigata regions facing the Sea of Japan over the subsequent week.

The earthquake, which occurred off the coast of Yamagata Prefecture at around 10:22 p.m., prompted the Met Agency to issue tsunami advisories for coastal areas of Yamagata and Niigata prefectures and the Noto area in Ishikawa Prefecture.

Just after midnight, a 10 cm tsunami was reported at Niigata port, but the Meteorological Agency lifted the tsunami advisories for all three prefectures at 1:02 a.m. The city of Murakami in Niigata Prefecture, which witnessed an upper 6 level of seismic intensity, set up 10 evacuation centers.

It was the most influential temblor in Japan since last Sept. 6, when a deadly quake recording 7 on the intensity scale rocked the town of Atsuma in Hokkaido.