Lunar Eclipse: A three-hour partial eclipse on July 16 and 17 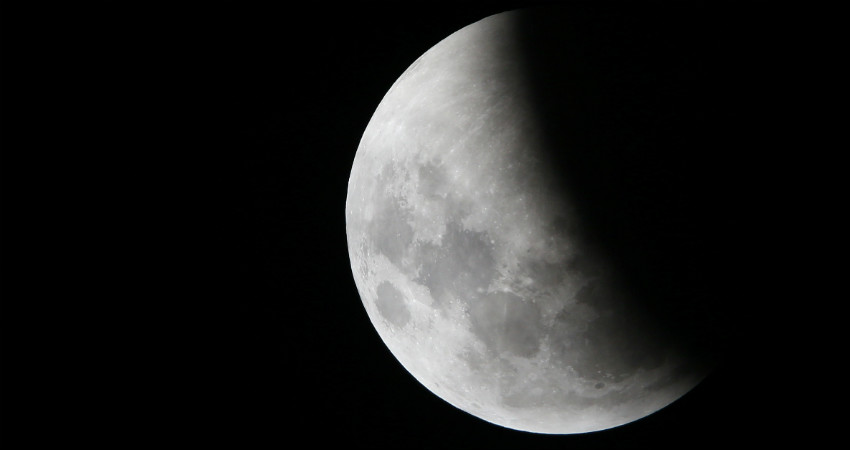 A lunar eclipse also known as Chandra Grahan is an astronomical phenomenon, which occurs due to the movement of earth, moon, and sun. This year the partial lunar eclipse will be held on July 16 and 17. The eclipse happens whenever there’s a change in planetary positions of earth.

A Lunar eclipse occurs when the earth moves between the sun and the moon, due to the change in position the shadow of the earth appears on the moon causing a dark effect. However, this eclipse is partial and will be visible in a few parts of the world such as India, Australia, New Zealand, Asia, Europe, and South America. The eclipse will begin around 1.31 am (IST) tonight and the Moon will remain partially eclipsed till 4:29 am on Wednesday. The greatest partial eclipse when the Moon will look the darkest will be around 3 am.

With the coming of an eclipse, many belief systems also pop up. Like for instance, eating during the eclipse is considered harmful. Eclipse brings with it a wave of energy, which affects almost everything present on the surface of the earth. Interestingly, it doesn't impact anything that is raw, but anything which has been cooked or processed from its raw form is affected.

It is believed that putting a holy basil leaf on cooked food can save the food from contamination, but this has not been backed by science. Hence, this remains an age-old belief.

Also, people, it is safe to look at a lunar eclipse directly with your eyes. It is likely that India will witness the next lunar eclipse on May 26, 2021.