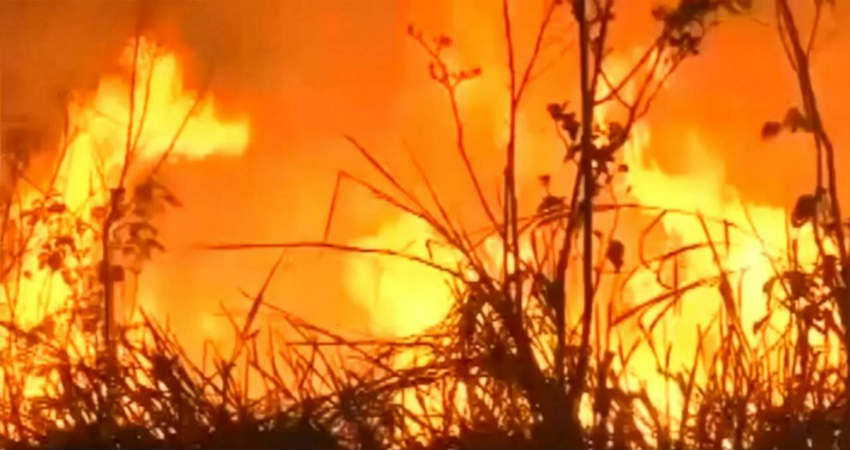 The Amazon wildfires are burning at an unprecedented rate and there is no stopping them. According to the Brazil national institute for space research, they have been 74,155 fires this year, which is 85% more than last year. The scary part here is that 9000 fires were observed last week.

In fact, Sao Paulo was affected that the day look like a night because of the smoke. It is still unclear as to how big the fires are but a large part of Amazon states in North Western parts of Brazil are covered with these fires. As per NASA these fires was so huge that they were easily spotted from space as well.

A large part of these fires are because of deforestation. In fact, as per the INPE, about 1330 square miles of the forest have already been lost this year which is 40% more than last year.

Amazon rainforest is one of the most biologically diverse areas on our planet. After smoke cloud reached Sao Paulo people have also stored Black water from rainfall.

These fires have resulted in a very clear increase in the emission of carbon monoxide and carbon dioxide which will result in aggravated global warming and also person threat to our health.

The Amazon fires have been widespread in nature and have rather occurred suddenly. Gale dry season can be one contributing factor to the fires but most of these fires are usually started by people which is either intentionally or by accident at times.

Due to the increase in Amazon fires and the deforestation process here, it will not be easy for countries to hold the global warming to below 3.6 degrees compared with the pre industrial levels as has been called for in at the Paris climate agreement.

The Amazon rainforest is spread at 2.12 million square miles, the rainforest takes in at least one fourth of the 2.4 million metric tons of carbon that the forests globally absorb annually.

However now its ability to take in more carbon than it actually releases, seems to be deteriorating, all because of deforestation, changing weather patterns as well as increase in tree mortality.

The Amazon rainforest has at least 10 years worth of carbon when current global annual emissions rates are calculated which amounts to 90 billion metric tons of carbon.

If deforestation continues, this user amount of carbon will be sent to the atmosphere, which will further not only increase global warming but also result in the loss of species that are not seen anywhere else on the planet.

Therefore, along with deforestation the ill effects of climate change may further increase the fires resulting in a decline and Amazon tree species of nearly 60%. By 2050, the rainforest could become fragmented it could for the result in farming of biodiversity and could make the ecosystems less capable of storing and taking in carbon.

Even in the best case scenario, half of Amazon tree species are going to be threatened in the near future.