Mars: New world of trenches, valleys and river as shown by ESA 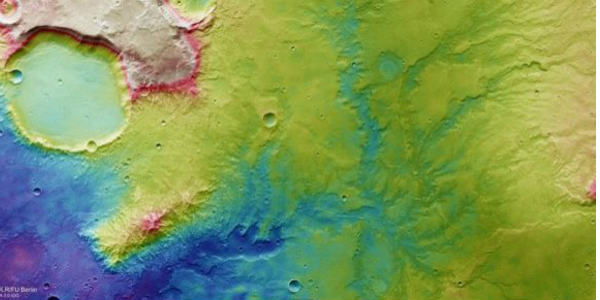 New satellite images have come up recently which show Mars appearing as a completely different planet than what it appears to us right now. In the recent past, the planet used to be cold and dry.

These images from Mars’s Express satellite ‘ESA’ have depicted the planet as a world of trenches and valleys in the southern upper reaches of Mars. These are situated east of a crater, popularly known as Huygens and North Hellas, one of the largest basins on the planet. Moreover, the 3.5 to 4 billion years old planet consists of ancient water flow across the southern highlands.

These pictures are a testimony to the fact that Mars must have been a very different world which had all the potentials to support life.

According to ESA, ‘In total, the planet appears to branch out significantly, appearing like tree branches stemming from a central trunk. Moreover, such virtue of structure can also be seen in a drainage system on the planet Earth.'

The branching systems were likely formed by the surface water, running off from a heavy river flow altogether with the intensified rainfall. The flow of river is expected to be cut off through prevailing terrain on Mars, thereby leading to new paths and a new landscape.

ESA also cited an example of Yarlung Tsangpo river, which makes its path from West Tibet by passing through China, India, and Bangladesh.