Midwest to be hit by coldest arctic air in decades; avoid staying out 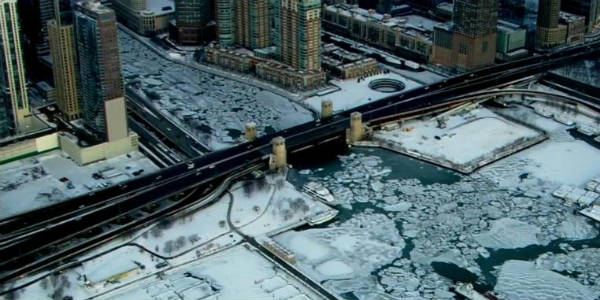 This week, midwestern United States is getting very cold, and if you are looking to blame somebody, it has to be the Polar Vortex. Parts of North Dakota may see a low of -33 degrees Fahrenheit on Wednesday, which is enough to freeze a bottle of white spirit.

Some state offices have been shut along with postal workers not delivering mail in at least ten states including Illinois, Iowa, South Dakota, North Dakota, Kansas, Missouri, Montana, Wisconsin, Minnesota, and Nebraska. Thousands of flight cancellations are in place, with train services also following suite, mostly in Chicago.

Chicago is also expected to see temperatures of around -22 degrees Fahrenheit as well. Wind chill, is likely to drop all the lower settling in the minus 60s or so, which is so harmful that if your skin is exposed to that wind for five minutes, frostbite sets in. This may be the coldest air many of the people there may have ever experienced.

Over the next few days, the cold weather or as it may be called the cold apocalypse may hit at least 87 million Americans. In fact, this cold blast could prove deadly to anyone who is left on the streets. Moreover, one of the coldest arctic air events is likely to occur over right from the Upper Midwest to the Great Lakes.

A state of emergency has been declared by the governors of Michigan and Wisconsin due to the deadly cold weather. People have been asked to stay inside and check up on the elderly as the coldest air in a generation. Five people have already been reported dead due to extreme weather.

Temperatures had already started dipping in Chicago and as per weather experts, parts of Antarctica will feel warmer as compared to Chicago’s weather.