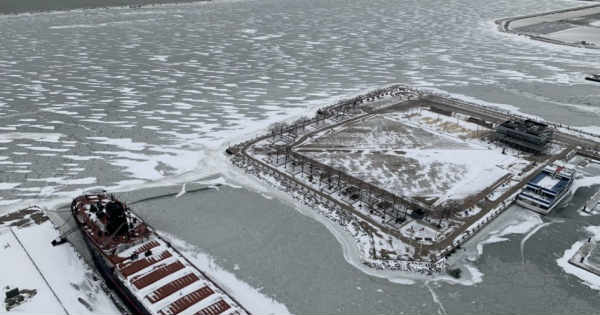 Broadly to start with we can say that there is some pressure distribution pattern, i.e. there are high- and low-pressure belts around the globe depending upon the season. The disruption in these pressure patterns leads to the birth of large-scale weather activities. All these travel from one side of the globe to other.

During winters, the weather activities travel from west to east in the northern hemisphere. For instance, if any activity starts in Canada and USA, it will then travel to Europe across Atlantic Ocean, eventually head towards Asian countries across Caspian and Mediterranean Sea. The weather activities effects are more severe over the higher latitudes. The most prominent news nowadays is of the Arctic Blast being witnessed by the residents of mid-west USA and South Canada.

So, what exactly is Arctic Blast? To understand this term, we will have to first understand the term, ‘Polar Vortex.’ Vortex is a closed and compact Cyclonic Circulation in the northern hemisphere which moves in an anti-clockwise direction. Since, it is placed in the higher latitude, hence the name, ‘Polar Vortex.’ In global scenario, this weather system affects few hundreds of kilometres. Since it is the northern hemispheric winters, this system carries pool of very cold air.

Now, let us try and understand that what exactly leads to Arctic Blast? When the polar vortex remains very strong and compact, it keeps affecting the Arctic region only. It doesn’t lose its grip and keeps traveling there only. In the higher latitudes and altitudes, there is a narrow core of very highly velocity winds called ‘jet streams’ which keeps moving from west to east. When cracks or kinks develop in these jet streams, they result in breakage of these vortex into two or more streams, which is obviously less powerful than the main jet stream. It then spills the coldest air which it has been holding in the lower latitudes, which is why it is called the, ‘Arctic Blast.’ The consequences of this are blizzards, snow storms etc.

The kinks in these jet streams develop because of the intrusion of warmer air. For the western countries, this phenomenon is very common and if the frequency becomes more than normal, it then becomes an unusual phenomenon. At present, the Arctic Blast has lashed mid-west USA and South Canadian region. It will eventually travel to the European countries as well. The water bodies act as a great energy source as the systems tend to gain strength from them, thus Europe too will be under the grip of this Polar Vortex soonish.

Not to forget, the long and chilly winter in North India can also be linked to the cold blasts from the Arctic region which have been spilling southward since late December 2018. This is purely due to the breakdown of a wind circulation called, the ‘polar vortex.’ Thus, we can say that whenever we experience cool air, then it can be considered as an offshoot of those polar vortex weather activities.