Most dangerous in the world, Thwaites Glacier to collapse as huge cavity found 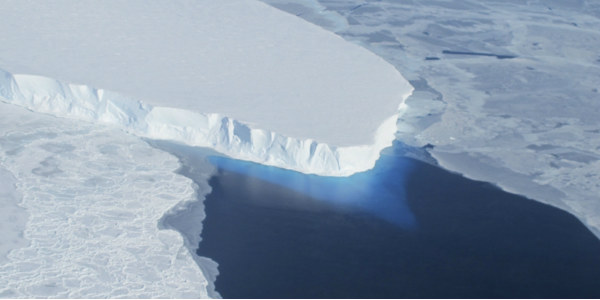 West Antarctica’s Thwaites Glacier has covered 70,270 square miles, almost the approximate size of Florida. This ice mass has also been labelled as the “world's most dangerous glacier” because it holds enough ice to raise the world oceans more than two feet.

The cavity in Thwaites Glacier was exposed by ice-penetrating radar in the NASA study into connections between the polar regions and global climate. The Thwaites Glacier is currently responsible for 4 percent of global sea level rise.

Along with this, Thwaites Glacier even backstops other ice sheets with the potential to raise sea levels an additional eight feet, if all the ice is lost.

NASA researchers have discovered the presence of a previously-unknown deep cavity at the bottom of Thwaites Glacier. This cavity is growing fast and presently is two-third the size of Manhattan about 1,000 ft tall.

Previously also NASA researchers have made a series of shocking discoveries about the state of the glacier. Recently, some holes have been discovered between ice and bedrock at Thwaites' bottom. But the size and “volatile growth rate” of the cavity is shocking.

NASA also believes that the cavity is giant enough to have contained 14 billion tons of ice, most of which melted only in the last three years.

The discoveries demonstrate the need for detailed observations of Antarctic glaciers' undersides in scheming how fast global sea levels will rise in response to climate change.