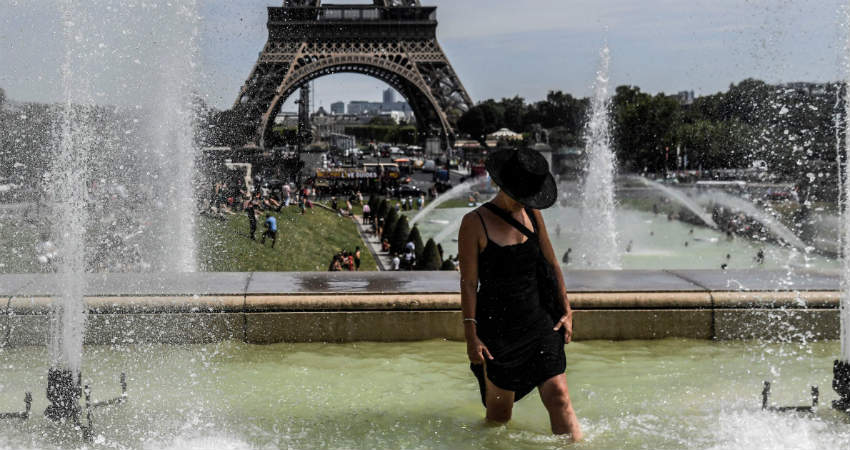 Europe has been reeling under severe heat wave conditions. On Thursday, Paris set its all-time temperature high, reaching 108.6 degrees Fahrenheit. As per the United Kingdom’s Met Office, London’s Heathrow Airport reached 98.4 degrees which is a record for July. It holds true for Belgium, Germany and the Netherlands, as a dangerous heat wave scorched Western Europe.

The high temperatures have done more than make people sweat. Moreover, this severe heat wave is not solely impacting the Europeans. Such weather has also degraded infrastructure across Europe. Two nuclear reactors at a power plant in France has been shut down because the water they used for cooling became too hot. The heat forced trains to slow down in the UK due to risks of heat causing rails to expand. Simultaneously, heat is also threatening iconic landmarks like the 850-year-old Notre Dame Cathedral in Paris. Its roof collapsed in a fire in April, but the cathedral’s chief architect Philippe Villeneuve has warned that high temperatures will very likely dry out the church’s fragile masonry and lead to more structural failures.

In a statement, Agnès Buzyn, Minister of Solidarity and Health, Republic of France said that everyone is at risk with these searing temperatures.

On the other hand, the experts have to say that the heat wave is very likely to break on Friday for the United Kingdom, West France and into Spain but will hold for one more day across central Europe from the Netherlands to Austria, Switzerland and East France.