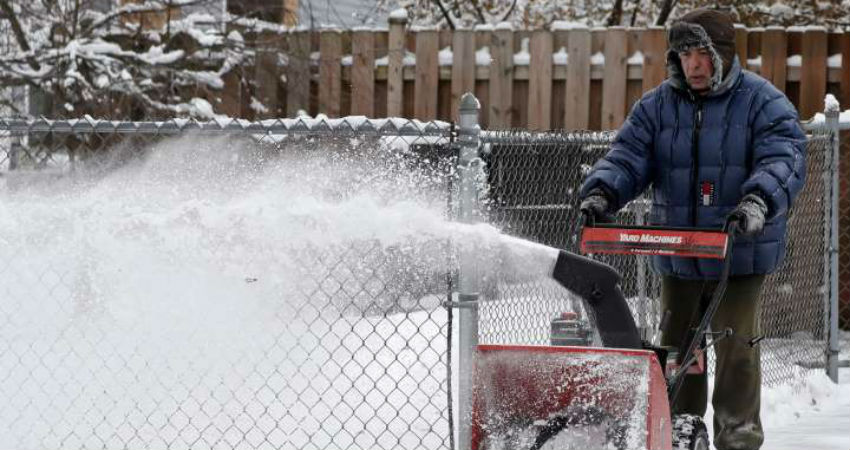 The upper Midwest of United States saw wind chill increase to dangerous levels as temperatures plummeted. Moreover, kids remained at home instead of going to school and many businesses were also closed. Warning for wind chill was in place for parts of North Dakota and Minnesota wherein the wind chill readings were over 40 below zero in some areas.

National Weather Service has requested people to not spend a lot of time outdoors as even 10 minutes of exposed skin could cause frostbites. Reports have even stated a death due to the cold as a body of an 80 year old was found close to the assisted living centre where he lived. The wind chill dropped to -26 degrees during that time.

Meanwhile, in Fosston, Minnesota, the coldest wind chill reading was 48 degrees below. Classes were cancelled due to extreme wintry conditions. Nebraska long with Iowa also had schools, businesses and other centres opening really late as temperatures plummeted 10-20 degrees below the normal levels. Wind chill advisories were in place for South Dakota, Montana, North Missouri and Wisconsin.

As per weathermen, some relief from the biting cold conditions is expected in the upper during the weekend. This will be because of cold air likely to be pushed towards Ohio Valley, New England and Great Lakes region.

Weather on Twitter
India’s goal to make the country a $5 trillion economy is sure a possibility provided we follow countries like Sout… t.co/PHKuqrtZv4
Summers are playing peekaboo in the city of #Delhi already. All the major precursors to #Summers, be it windy weath… t.co/OMhuOw88XQ
Dear @googlemaps, the current temperature for Noida in your app shows -21°C while the actual temperature right now… t.co/Ba8tEKGWRw
The icy #cold winds from the #snow-clad mountains of Himalayas are reaching up to Northwest India, thus resulting i… t.co/8CHRgMKUPn
The #coronavirus outbreak has been declared a public health emergency by the World Health Organization and has name… t.co/izpEYxNDsA
The United Nations estimates #India’s population to overtake China’s by 2027. This will pressure the country’s econ… t.co/i0LgwgjrEm
Just a week before, Storm #Ciara had unleashed fury over many parts of the United Kingdom and resulted in heavy rai… t.co/j8yfhVnfpW
We now do not expect any Western Disturbance very soon and the one which is expected would travel in the upper lati… t.co/E9OVgaaiei
The cloudy skies will start clearing up after 24 hours, following which the day will turn warm once again. Thus, th… t.co/dcMnebhful
#Hindi: मौसम विशेषज्ञों की माने तो अगले 7 दिनों में किसी भी महत्वपूर्ण मौसमी प्रणाली के आभाव में मौसम शुष्क और आराम… t.co/lXozz3vAyP
Follow us @skymetweather