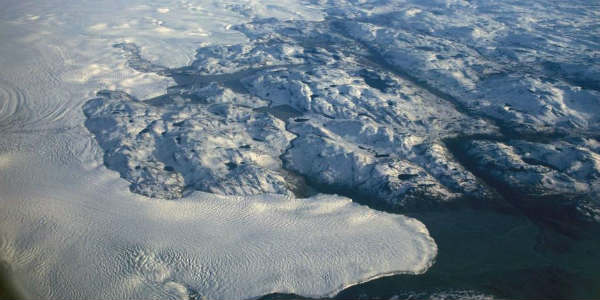 The Greenland Ice Melt fear has only been increasing and it is worse than what it used to be previously. Moreover, as per a new study by Proceedings of the National Academy of Sciences, the ice melt will only see a faster increase with the sea level rise also increasing to a massive level.

The focus has been on the southeastern and northwestern areas of Greenland, where glaciers send large chunks of ice towards the Atlantic Ocean, which further melt into water. The point to be noted here is that most of the ice loss between 2003 and 2013 came from the southwestern part of Greenland which does not have too many glaciers.

Thus, in the southwestern region of Greenland, ice mass is being streamed into the ocean during the summer as river waters.

Southwest Greenland, which was previously not a threat is now a major concern since it may become a major contributor to rising sea levels in the near future.

The coastal parts of the United States including Miami, New York and other island nations may have serious implications. The worst part is that nothing can be done about it now, in fact, you cannot undo the ice melt and sea level rise because that is bound to happen now.

The only thing that can be done is to mitigate global warming in future. The Greenland Ice Melt is being monitored since the launch of NASA’s GRACE (Gravity Recovery and Climate Experiment) mission in the year 2002.

GRACE along with GRACE-FO, the follow up mission have twin satellites which were launched in the year 2018 with the capability of tracking the water movement of the Earth. These satellites can also monitor the changes in the storage of underground water, soil moisture, the amount of water in lakes and rivers, glaciers and ice sheets, and sea level rise caused due to more water being added into the ocean.

As per GRACE’s data between 2002 and 2016, ice loss of 280 gigatons have been reported annually, which equals to 0.7 mm of sea level rise. However, the rate of ice loss across islands was way too much.

By the year 2012, the ice loss was four times as compared to the year 2002. The concern here was that it was Southwest Greenland losing ice, which had not been the case earlier. In fact, Greenland is one of the major contributors to sea-level rise on Earth, all thanks to the glaciers. However, the new findings suggest that snowpack and ice fields of islands also need to be watched closely, particularly in Southwest Greenland.