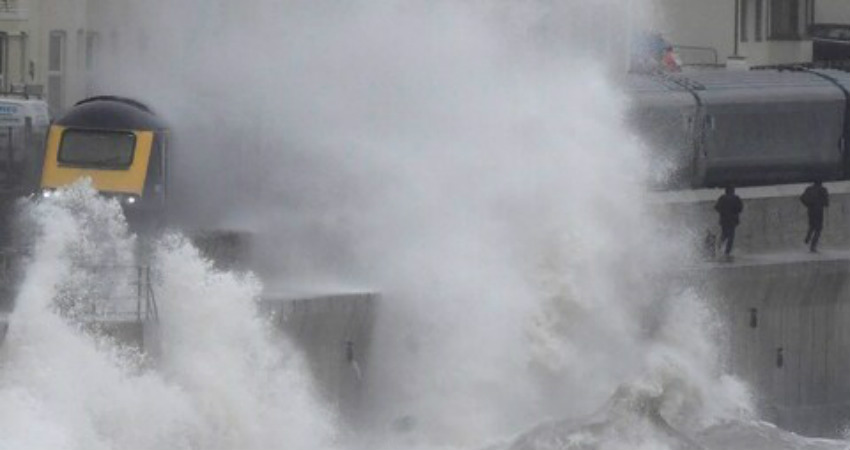 Storm Brendan, also called as the Weather Bomb has caused turmoil over the United Kingdom in the last 48 hours, with colossal 50 ft waves and winds over 80 mph leaving thousands without power and tearing a rooftop. The Met Office has cautioned there is more downpour and wind to come.

Stormy conditions have caused flight disruption and damaged homes and another spell of wind and downpour will hit the UK. The eye of Storm Brendan moved through Britain on Monday, the strongest whirlwind recorded in the western Isles.

A subsequent low-pressure front carried further gales to a great part of the nation on Tuesday, ripping off the top of an apartment block in Berkshire. The Met Office recorded winds over 50mph during that time.

Storm Brendan has now cleared the UK however another weather front bringing substantial downpour is en-route for Thursday.

Weather will remain unsettled on Thursday, especially during the second portion of the day, when the nation can anticipate wet and breezy climate.

Travellers will encounter longer delays, with all the more wild weather proceeding across England and Wales.

Brendan is set to be followed with frosty patches, winter showers and more wind conditions in parts of Scotland, which could prompt further travel interruption.

Showers are expected in the west, with danger of downpour and gusts in west Scotland.