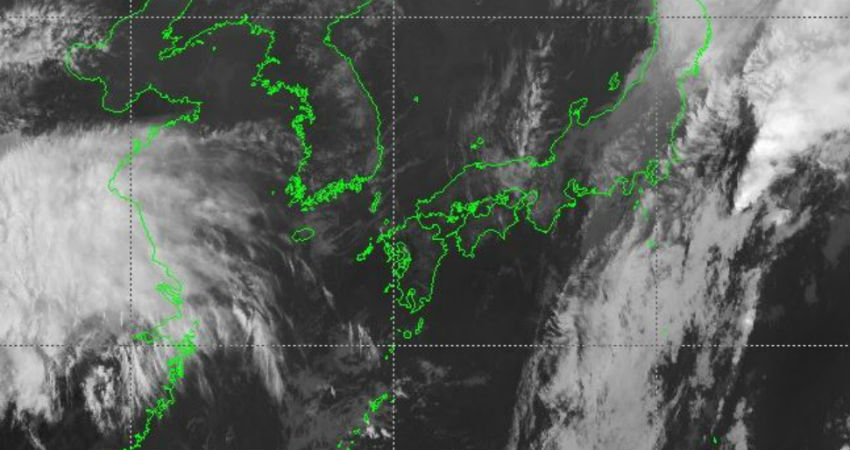 As per the satellite imagery, the storm Neoguri is becoming extra-tropical.

Neoguri appearance was of an elongated and a large storm, where the bulk of clouds and convection were pushed to the northeast of the center as a result of southwesterly wind shear. Neoguri was centered near latitude 31.4 degrees north and longitude 125.6 degrees east. That is about 311 miles southwest of Yokosaka, Japan. Neoguri was moving to the northeast and had maximum sustained winds near 74 kph.

Neoguri is expected to continue to weaken and will become entirely extra-tropical within 12 hours.

Typhoon Bualoi quickly developed an eye and powerful thunderstorms as it intensified further.

Bualoi, which is currently churning over the Pacific Ocean, was first spotted as a tropical depression last October 19 before it developed into a tropical storm. Bualoi then turned into a typhoon on October 20.

Typhoon is unlikely to enter the Philippine area of responsibility.

Based on its latest forecast track, Bualoi is expected to move towards southern Japan.

The typhoon is currently packing 110 kph winds and gusts of up to 135 kph. It was last spotted 2,575 kilometers east of northern Luzon.

It is very likely that Metro Manila and the rest of the country will experience partly cloudy to cloudy skies with isolated rain showers due to localized thunderstorms.