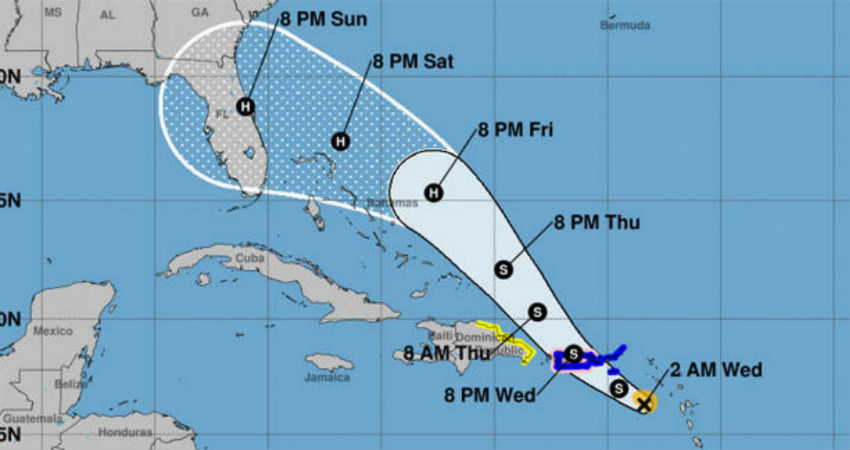 It is the stormy season for the oceans, be it the Pacific or the Atlantic. As of now two storms are in the Atlantic Ocean and are named as Erin and Dorian. These two storms are not very far from each other. The meteorologists have to say that the storms will not graduate to intensify into a Hurricane category. Also, as of now, Storm Erin is ahead of Dorian.

Both these storms originated somewhere in the Caribbean region and Erin has already moved across this region and is in the open waters as of now. It is on track of recurving and possibly by the fag end of this month, it may impact the extreme eastern parts of Canada while skirting the East coast of the United States of America.

On its path of recurving, the periphery of this system might show up cloudy sky tagged with rains over Virginia, New York, and Boston. However, as of now, no impacting weather system is to be seen. After three days, it is likely to affect the eastern parts of Canada.

One important thing about Storm Dorian is that it is moving Northwest and is moving through and through Caribbean nations including the proximity of Cuba. Puerto Rico and the Dominican Republic are under the state of emergency as Tropical Storm Dorian makes its way through the Caribbean. Forecasters warn heavy rain could cause life-threatening flooding.

Storm Dorian hit Martinique Tuesday, washing out roads on the island. The storm will head for the Southeast coast of the United States of America and is on track to hit Bahamas and Florida. Hurricane conditions are possible in Puerto Rico later Wednesday.