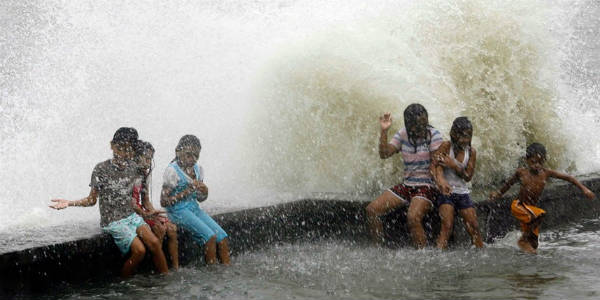 The once Typhoon Saola has been wreaking havoc in many parts of Japan. Saola resulted in heavy record breaking rainfall over the Kyushu as it travelled along main island of Honshu on Sunday. Weather experts are stating that the Typhoon will now bring heavy rains in the Hokuriku area on the Sea of Japan.

Saola is the 22nd typhoon of the season. The system was moving 170 kilometers west of Miyake Island in focal Japan on Sunday. Over 400 mm of rain was recorded in Kyushu's Miyazaki Prefecture.

The Japan Meteorological Agency cautioned the general population to expect high breezes, river breaking their banks as well as mudslides in some areas. The typhoon is expected to become an extratropical cyclone.

After Typhoon Lan, Saola battered many parts of Japan with heavy showers and heavy winds. Lan had wreaked havoc over these areas just about a week ago. It additionally caused surges, mudslides and movement interruption.

Japan Airlines Co. and All Nippon Airways Co. have canceled flights for the most part to and from the Okinawa and Kyushu locales in southwestern Japan.

Tropical storm Saola on Saturday struck Okinawa's principle island, bringing substantial rain. No less than 250 flights, for the most part worked by JAL and ANA, were canceled affecting over 35,000 travelers.

The most recent typhoon has likewise disturbed occasions, for example, the 37th Oita International Wheelchair Marathon was cancelled.