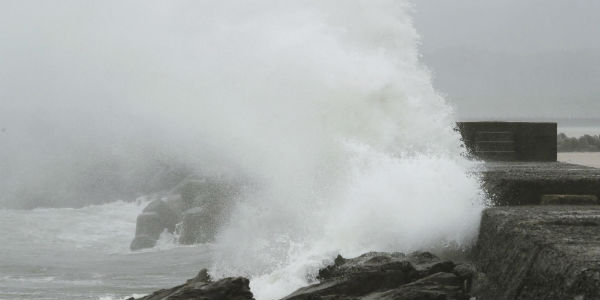 Typhoon Noru, which was once the strongest storm of the year resulted in evacuation in almost six regions. The threat of landslides and rising rivers still looms large due to torrential downpours that brought flooding to Hokuriku and Kansai regions of Japan on Tuesday.

At least two people were reported dead in Kagoshima area on Tuesday afternoon and more than 50 found injured as the typhoon passed through Kyushu and Shikoku prior this week proceeding ahead to Kansai, Tokai and the Sea of Japan on Tuesday morning.

The slow-moving typhoon Noru caused flooding in the Ane River in North Shiga region as it continued to pass through Fukui, Ishikawa, Toyama and Niigata.

As per Meteorological Department, typhoon Noru will keep on moving northward along the coast of Sea of Japan and is anticipated to center itself over Akita by Wednesday morning. Then again, the typhoon is likely to weaken into a depression by Wednesday evening.

According to weathermen, parts of Hokuriku region is likely to record drenching rains to the tune of 250 mm, followed by North Kanto wherein 200 mm of heavy showers are anticipated. Parts of Tohoku will also receive up to 180 mm of rainfall in another 24 hours.

With these incessant heavy downpours, flights and trains in the Kansai and Hokuriku regions were disrupted on Tuesday. Trains from Osaka and Kyoto to Fukui and Kanazawa, Ishikawa, were delayed or cancelled late Monday and early Tuesday. Also, trains along the coast of Wakayama as well as between Osaka and Nagoya were disrupted.

Almost 37 flights in the Shikoku, Kansai, Hokuriku, and Tohoku areas canceled as of Tuesday morning.

With this once fierce typhoon Noru, the mercury levels have soared up leading to extreme humidity over western parts of the country.