Winter-storm 'Gia' set to hit U.S.; North Carolina to Virginia to get affected 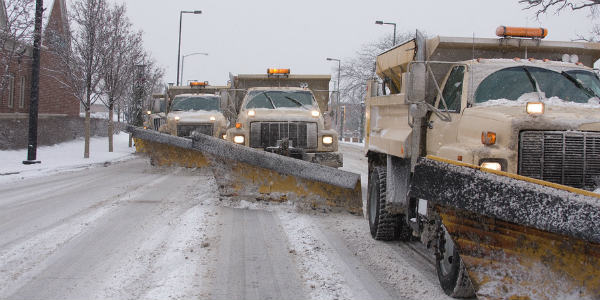 U.S. is a huge country not just geographically but seasonally as well. It has a total of six time-zones and four annual seasons. The country is hugely influenced from the weather of Canada which is directly next to the Poles. Storms are quite common in the country in Winter Season. Just last month on December 9, the country was encountered by a massive snowstorm.

This time, another Winter Storm is set to hit the country this upcoming Friday, Saturday and Sunday and is known by the name of ‘Gia’. This storm is set to affect West U.S. starting from the Rocky Mountains up till Atlantic coast in the East. If we talk state-wise, then North Carolina to Virginia are set to see the rage of the Winter-storm. Many cities like that of Denver, Kansas, St. Louis, St. Cincinnati, Pittsburg and Washington D.C. among the few, will see snowfall, blowing snow and strong chilly winds.

Travel will be immensely affected as slicky conditions on road will make impossible for vehicles to move ahead and thus huge traffic disruptions will not come as a surprise. Warning has been issued by the authorities against much outdoor activities such as travel on these dates. In the view of the storm airlines have come forth waiving cancellation fees of travelers cancelling their air tickets aligning around the storm dates.