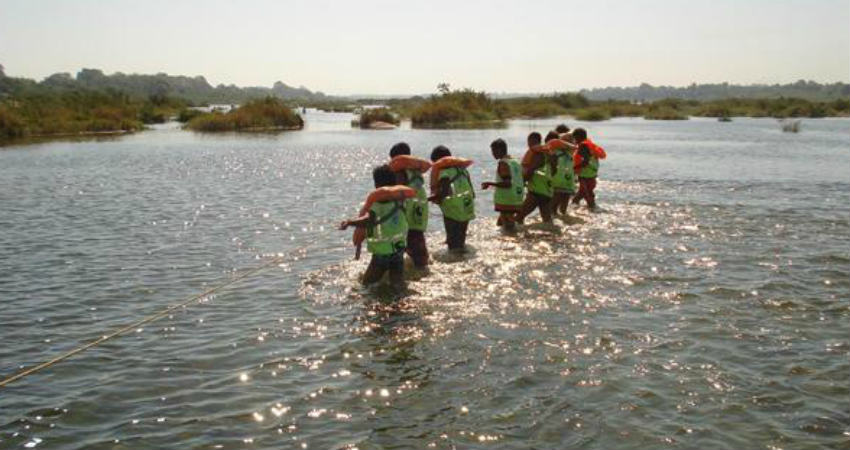 Continuous heavy rain since Wednesday morning has resulted in widespread flooding in many parts of Vadodara city. The water level of the Vishwamitri river is just close to the danger mark. Intense flooding has brought the entire city to a standstill and hundreds of office-goers are either stranded or had to wade back home through flooded streets.

According to the data provided by the district administration, the water level of the Ajwa dam reservoir is at 209.7 feet, which is just 5 feet short from crossing the danger mark of 214 feet. Moreover, the water of the Vishwamitri river that overflows beyond 26 feet, was already flowing at 23 feet.

Due to waterlogging at Vadodara junction, nearly 13 trains were cancelled and National Disaster Response Force was pressed into rescue work. Looking at the gravity of the situation, instructions have been issued by the District Collector of Vadodara to keep all the government and private schools closed on Thursday.

In the past 24 hours, the Southwest Monsoon has remained vigorous to active in many parts of Gujarat, thus giving torrential rains in Vadodara, Valsad, Surat, Dangs, Bharuch and in Daman, Dadra Nagar Haveli and Jamnagar and Dwarka. Saurashtra and a few areas of Kutch also observed some rainfall activity.

The intensity is likely to reduce now. Only light rain with one or two short intense spells will continue for another 24 hours. By August 2 or 3 Monsoon rains will once again intensify in the region. Moderate showers cannot be ruled out in the region during this period. In fact, isolated pockets may receive heavy spells. However, we do not expect rains to be as severe as they were yesterday.