5 Dog Breeds That Will Make You Want One 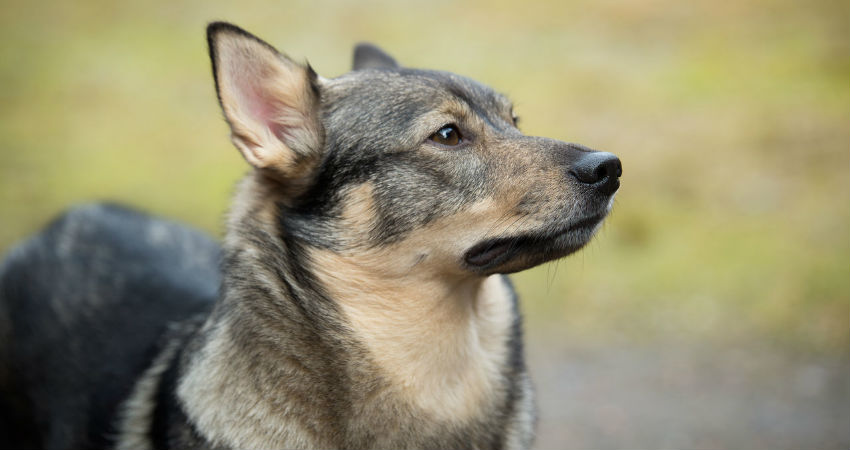 Are you considering a unique dog as an addition to your family? The truth is that once you venture off the beaten track there are tons of unusual dogs that most people aren’t even aware exist. Since your pets can say something about your personality you may want to give some of these breeds a good look before settling for the usual canines.

Let’s hop to it with a bunch of great, unusual breeds of dog that can be found!

Komondors resemble nothing more closely than a large mop. This is due to their unique double coat which becomes corded naturally as the dog matures, most often becoming fully formed by around two years of age.

While their adulty appearance renders them a bit less than fearsome-looking to most they’re actually used for guarding livestock and are related closely to dogs like the mastiff. They’re not particularly aggressive but their natural instincts cause them to guard their home and people naturally.

They’re not apartment dogs, that’s for sure. The dogs often sleep or keep a gentle watch during most of the day but they’re known for patrolling and guarding their people during the night. They’re still used for their original guarding properties quite frequently.

They’re not suitable for every lifestyle, but it’s not hard to see how this unusual breed is a fast favorite among many people. The Komondor is a gentle giant for the most part, but it’s clearly a guardian of its charges.

The Swedish Vallhund resembles a husky crossed with a corgi, and their unique appearance rapidly makes them fast favorites for many people. While they’re closely related to spitz-type dogs, the theory is that either corgi were brought to Sweden or the Vallhund to Scotland at some point in history.

These small, energetic dogs are lovable and intelligent. Like the corgi they seem to be related to, the Vallhund is an exceptional cattle dog and capable of competing in an array of different agility trials despite its stubby legs.

As cattle dogs they’re independent and lively, making them a great companion dog for those who can keep up with them. They’re also quite calm much of the time and get along well with other animals and children.

While they can be hard to find, for those who put in the work they’re an absolute wonder.

A breed descended from ancient Egyptian dogs, the Pharaoh hound was primarily used for hunting rabbits. They’re technically classified as a sighthound but they’re quite a bit different from dogs like the greyhound.

One of the most endearing features of the Pharaoh Hound is the fact that they actually blush when excited. Their ears and nose turn a bright shade of pink when they become particularly excited.

The breed is remarkably genetically resilient. Since they’re very rarely bred commercially breeders have put a lot of work into preventing hereditary diseases from entering the lines. At this point, they’re not prone to many of the problems which plague more established and recognized breeds like the German Shepherd.

They’re hard to find, but they make lively and spirited companions. They’re working dogs so they require an energetic lifestyle but when provided with it they make excellent pets.

These hairless dogs are a fairly primitive breed and hail from Mexico. There are a few different sizes and varieties of them but they all have one big thing in common: a lack of hair over most of their bodies.

Xolos, as adults, are often found to be rather calm and confident in their interactions with people. They weren’t bred for specific traits so their temper is often referred to as primitive in that regard, but really it just means the dog is a bit closer to the wild than many.

That’s not to say they act like wolves, Xolos are very much still a great canine pet. They’re not for the faint of heart. Properly training a Xolo is a task which most amateur trainers will have difficulty with but it can actually make them more attractive to those looking to form an exceptionally tight bond with their dog.

The only real issue they have as pets is the fact that they’re not suited for cold climates in the slightest due to… well, their lack of hair.

The Xolo is a noble and ancient breed, but few people are aware of them due to their unusual provenance.

The Puli is a lovable mop of fur which is similar in appearance to the Komondor. They’re both from Hungary so it should be no surprise that both have similarly corded fur.

They’re much smaller than their relatives and are often compared to a flying ball of fur. Despite their seemingly heavy coats they’re remarkably agile and are often used in canine sports.

Like all livestock dogs, they’re extremely intelligent and require a lot of training and exercise to avoid issues. Many people make the mistake of assuming their sheep-like appearance means a sheep-like demeanor but nothing could be further from the truth.

Pulis aren’t very common as pets because of that. They’re still used primarily as working dogs which means they need a job or they’re prone to problems like chewing and digging, so you might need the right chewing toys at the ready. That said if you’re willing to provide them with the environmental stimulus you need there are few dogs more unique.

A World of Dogs

There are many breeds of dogs that are frequently overlooked in favor of more popular breeds. For those who truly want something unusual, however, there’s a dog breed out there for everyone.

So, don’t be afraid to step off the beaten path. All of the above dogs are a great match for someone and when they find the right owner… well, magic happens!