MD Skymet, Jatin Singh: Good rains in East and North-East India, active rainfall conditions over Rajasthan, Punjab and Haryana in the second half of the week, light-moderate rains in the South peninsula, withdrawal of Monsoon to commence from the second week of October 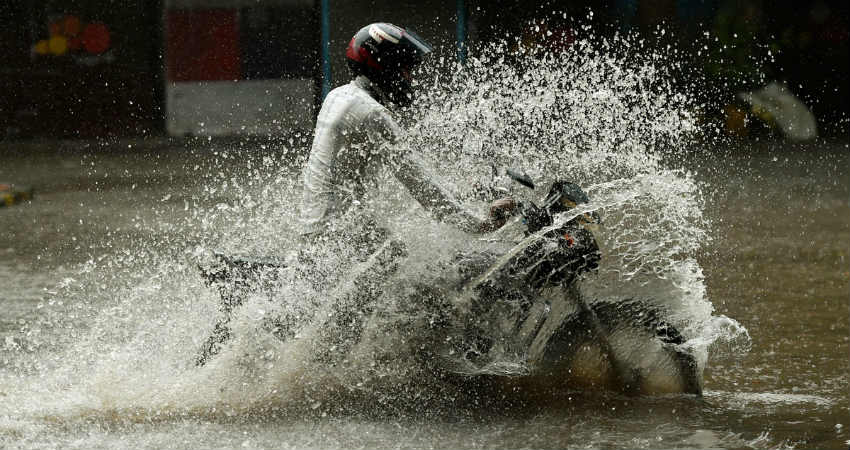 Monday, the 30th is the official last day of the Monsoon season. Monsoon, 2019 ends on a pleasant note with surplus rains. The withdrawal of Monsoon has been unduly delayed this year. The withdrawal which generally commences from Rajasthan in the first fortnight of September has been postponed to the second week of October.

As correctly predicted by Skymet, rains over East India reduced the overall deficiency in the region to 15%. Active Monsoon conditions in the South Peninsula led to a further surge of 3% in the surplus rainfall. Central India has been the chief beneficiary of this Monsoon, with a surplus of 27%. According to the rainfall data available with Skymet from June 1-September 29, the country-wide cumulative rainfall stands at 956.1 mm against the normal of 877 mm, leading to a surplus of 9%.

No Sign Of The Withdrawal Of Monsoon This Week

Bihar and the adjoining regions of East UP and Jharkhand which has been receiving some heavy rains this past week will experience some respite from the intense Monsoon activity. However, moderate rains are expected to continue over Bihar, Jharkhand and West Bengal.

The Monsoon circulation over the Central parts will also cause moderate rains over East Madhya Pradesh, Chhattisgarh, and Odisha. There have been bountiful rains over Madhya Pradesh this season, with record surpluses of 61% and 24% in West and East Madhya respectively. Rajasthan, Punjab, and Haryana will continue to experience light-moderate showers, which are likely to wane by the end of the week.

The wet spell over Gujarat is likely to continue for at least the first two days of the week, which will gradually ease out and become light. The state has experienced a record surplus of 39% and all its pockets have received widespread and excess rains.

The South Peninsula will receive light rains in the first half of the week, which will intensify in the second half and become moderate. Karnataka and the interiors of Tamil Nadu will be the chief beneficiaries of these rains. Thus, the Monsoon season shows no sign of withdrawal even after its official cessation.

The national and the economic capitals of the country have experienced two diametrically opposite scenarios, representative of the diverse nature of the Indian Monsoons. Delhi has recorded a deficiency of 35% this season, with only the month of July receiving the stipulated normal amount of rainfall. The months of June and September have both been miserable performers. However, some light-moderate rains will be experienced across Delhi NCR in the second half of the week.

On the contrary, Mumbai has recorded excess rainfall this season. Even in the rain-scanty month of June, Mumbai had received bountiful rains- 509 mm against the normal of 493 mm. This though is not unsurprising for a city that always defies the overarching rainfall trends visible otherwise across the country. So far, the city has recorded a surplus of 60%.