MD Skymet, Jatin Singh: Skymet issues an orange alert for North India to guard against lightning strikes and hailstorm, India to witness a peak in weather activity on the 5th and 6th of March 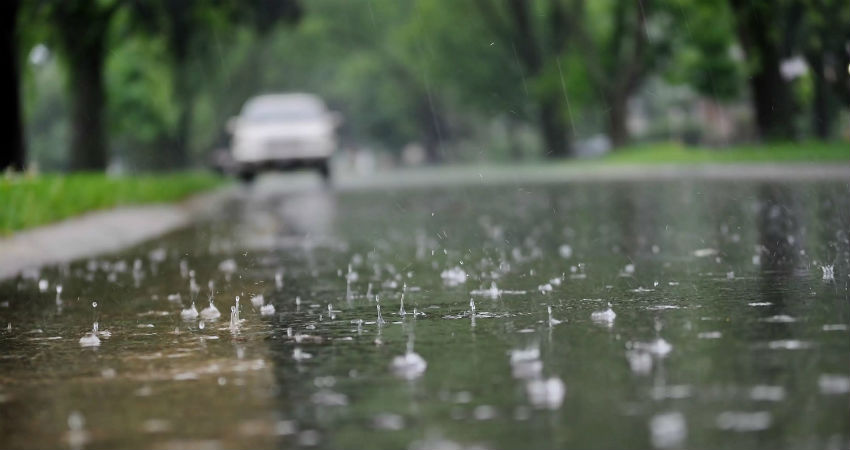 The last week was full of significant activity over most parts of the country. The start of the week lashed Eastern and North-Eastern parts of the country with strong thunderstorms over a large area on the 24th and 25th of February. Bihar experienced lightning strikes with hailstorms over Munger, Gopalganj, Jamui, Banka, Bharatpur, and Aurangabad. This freak phenomenon inflicted loss of 11 lives and extensive damage to the crops.

In Jharkhand, Palamu and Daltonganj witnessed extremely severe hailstorms on the 24th and 25th breaking records of the last 60 years. The damaging storm accompanied by high-velocity winds caused lodging of crops over a large area. Parts of Odisha and Chhattisgarh also came in for inclement weather conditions. Few subdivisions like Deogarh, Kanthapada, Malkangiri, and Raipur observed heavy rains and hailstorms. The end of the week saw active weather conditions both for hills and plains of North India. This February has ended on a wet note for the region including Delhi-NCR. The last week of February observed surplus rains for North, Central and Eastern parts while South Peninsula remained deficit. Overall the winter rains for the month of January and February ended on a normal note recording 40.2 millimetres against a normal of 40.8 millimetres.

The week commencing 2nd March looks promising and is likely to soak most parts outside Gujarat and Karnataka. Intense thunderstorm activity coupled with hailstorm accompanied with strong winds will peak on the 5th and 6th of March and will affect north, central and eastern parts of the country. While light and moderate rains could still be beneficial for the crops, but the expected hailstorm accompanied with strong winds may prove punishing for the already sodden parts of Bihar, Jharkhand, Chhattisgarh, and Odisha.

The week commences on an absolute mild note both for plains and hills with only light and isolated weather activity between 2nd and 3rd March and a fresh western disturbance arrives on the 4th of March. This weather system along with its induced low-pressure area over Rajasthan will cause strong and widespread thunderstorm accompanied by hailstorm lashing many parts of Punjab Haryana, North Rajasthan, Delhi-NCR and Uttar Pradesh from 4th till 7th of March. Hills of North India across Jammu & Kashmir, Ladakh, Himachal Pradesh, Uttarakhand will experience extensive rain and snow. Skymet issues an orange alert for the entire region to guard against the lightning strikes and hailstorms.

East India comprising of Bihar, Jharkhand and West Bengal with a trail of crop damage in the last week comes in for a second spell of inclement weather in quick succession. Fairly widespread rain & thunderstorm with hail and strong winds at many places is likely between 4th & 8th March with a peak on 5th and 6th.

North East region will observe a wet and windy week with lightning strikes at many places particularly Arunachala Pradesh, Assam, and Meghalaya.

Gujarat continues to remain dry for the entire week. Parts of North and East Madhya Pradesh, Vidarbha, Chhattisgarh, and Odisha will experience light rainfall in the first half of the week. This weather activity will accentuate in the second half with lighting, hailstorms and strong winds especially on 5th and 6th March.

Rains are going to be light and scanty over South Peninsula. The state of Kerala and North Karnataka will witness light showers in the first half of the week as a precursor to the pre-monsoon. Telangana & Andhra Pradesh will experience moderate spells in the second half of the week. The state of Tamil Nadu will also experience light rains and thundershowers in the second half. Rising temperatures, particularly over Tamil Nadu & Kerala, will act as a fresh reminder of pre-monsoon conditions.

A prolonged spell of rains and thundershower with a possibility of hailstorm between 4th & 7th of March is likely. This activity will be more intense on the 5th and 6th March. The minimum temperature will remain between 15 to 17 degree and the maximum will drop from 28 to 25 degrees.

Hot and humid conditions with partly cloudy sky and occasional light rain are likely in the second half of the week. Maximum and minimum temperatures in Chennai are going to hover around mid-30s and mid-20s respectively.

Footnote: This week onwards the pre-monsoon season starts for the country.